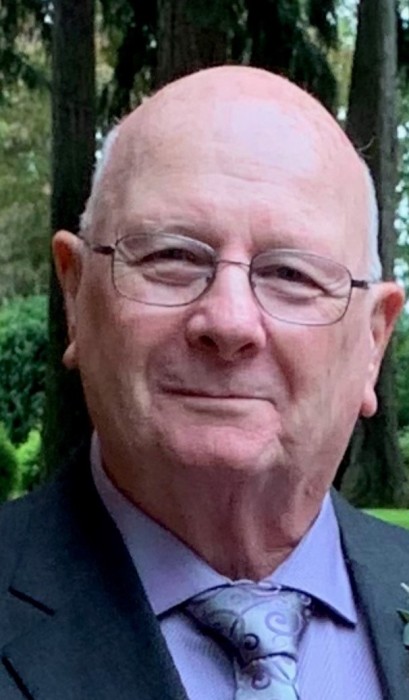 Gene was born at St Joseph Hospital in Bellingham on June 28, 1941, to Verl and Eileen (Becker) Nims of Sumas. Gene grew up in Sumas on the family farm. He graduated from Nooksack Valley High School in 1959. He married Correan Crabtree in 1963 and together they had 2 sons, Jeff (Lisa) and Steve (Nicole), and have six grandchildren.

Gene enjoyed a long career working at Intalco Aluminum in Ferndale, starting in 1966. After his retirement from Intalco, Gene finished his working career at True Value in Lynden where he made many friends in the community. He enjoyed camping and fishing with his family and enjoyed sharing the many memories they created during these trips. Gene was an avid sports fan, from watching high school sports to the Husky Football, Seahawks and Mariners. He continued to say “they should have given the ball to Marshawn!”

Gene was preceded in death by his wife Correan and his parents.

Gene is survived by his two sons and their families, his four sisters; Gayle and her husband Jack Wylie, Judy Nims, Joy Jordan and Gloria and her husband Rich Smithey, numerous nieces, nephews and other relatives.

At Gene’s request, no memorial service will be held.

To order memorial trees or send flowers to the family in memory of Eugene "Gene" Verl Nims, please visit our flower store.
Send a Sympathy Card