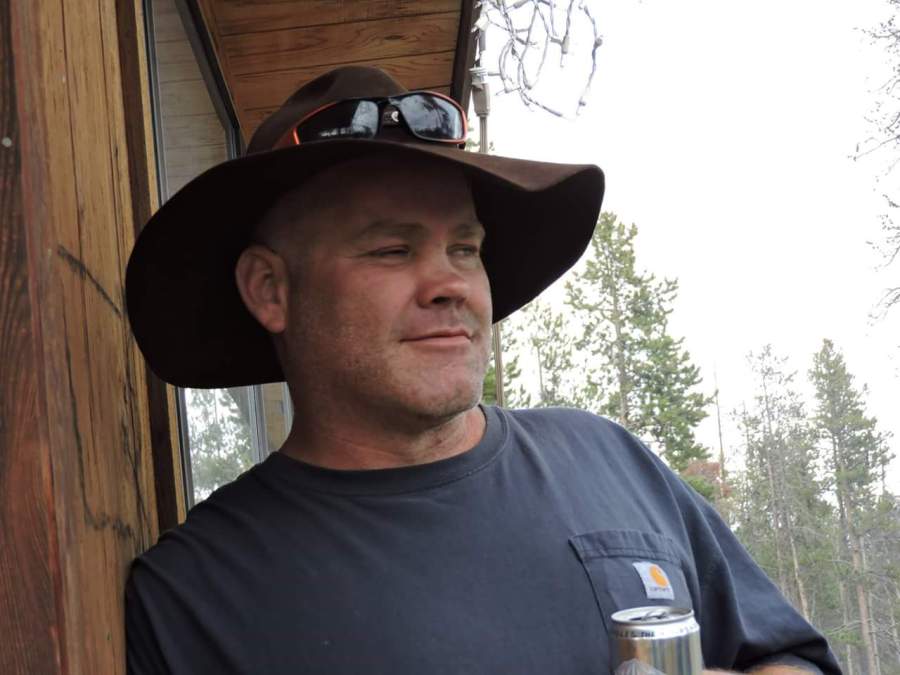 Erwin Karl Vaughan, III or best known as “Buddy” passed away on Friday, August 12, 2016, in Red Feather Lakes, Colorado.  Who he is survived by is a long list, much longer than we can publish, but here’s a start.  He is survived by his parents, Bud and Sue Vaughan; sister & brother in law Randi Vaughan and Tim Coffelt and his one and only favorite niece who he absolutely adored, Kaylee Vis and her dad Wayne Vis; grandparents Gerrit & Marie Ten Kley; Uncles & Aunts Rick & Beth Strotz, Lynn & Val Ten Kley, Danny Ten Kley, Jack & Cheri Pefley. Cousins Rich & Angela Strotz, Jason & Kari Kearney, Tyson Strotz, Estie & Joel Parris, Mackenzie & Phil Davidson, Angie & Clayton Fujii, Brett Pefley and Bartt Pefley.  His ‘brother from another mother’ & best friend Scott Franks and wife Rhaine, brother in crime, fishing and anything outdoors Tom Reiberg, amazing employer but more importantly biggest fan Linda Weixelman and a true cowboy who always had his back Donny Mallet.  His entire extended Beaver Meadows family, some who got the pleasure to work with him and others that were lucky enough to cross paths with him during their stay at the Beav.  He was preceded in death by his grandparents Bud & Darline Vaughan.  Buddy was born on October 19, 1974 and was raised in Everson Washington, graduating from Mt. Baker High School in 1993.  He absolutely loved the outdoors and was an icon “redneck”.  At a young age he began working on a dairy farm milking and doing chores.  After graduating from high school and working for T&T Recovery and Mt. Baker Roofing, he headed to Wyoming to be a ranch hand for a year.  Following his best friend Scott, he moved to Red Feather Lakes, Colorado and found his true home away from home at Beaver Meadow Resort. Love you kiddo!  See you when we see you...  Please join us for a Celebration of Life potluck on Sunday, August 28, 2016 at 2:00 PM, bring your favorite dessert or sweet treat to share.  The potluck will be at the Vaughan’s residence at 6606 Goodwin Road Everson, WA. Memorials may be made at any People’s Bank branch in the name of Addy Manley for her College Fund.

To order memorial trees or send flowers to the family in memory of Erwin "Buddy" Karl Vaughan, III., please visit our flower store.