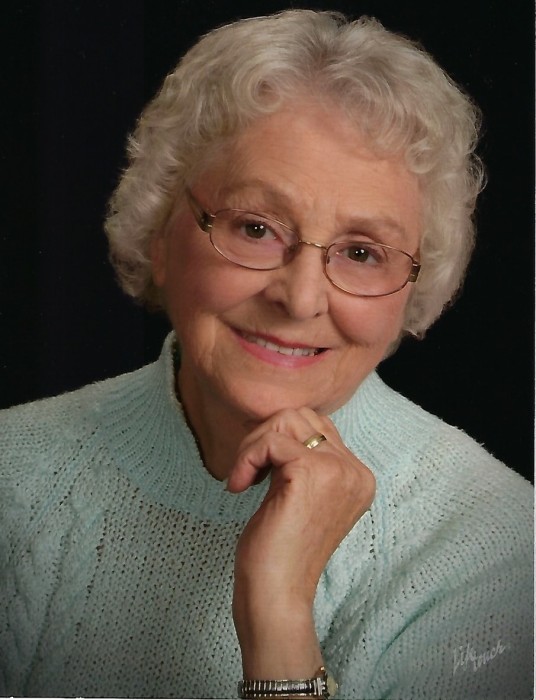 Louise Edna Budd was born on May 26, 1933 to Louis Budd & Edna Nimlos Budd in Remer, Minnesota. She was number five of eight children. She passed away peacefully in the Lord on October 23, 2019 in Bellingham.

In 1940 the family was living at Gold Creek, near Colville in Stevens County, WA.  In 1943 the family moved to College Place, WA where Louise attended high School.  At 17, she met Wayne Fowler when she made a trip to Shaw Island to visit her sister.  Louise and Wayne were married on October 20, 1950.  They had two sons, Royce Burnett, who passed away in 1978, and Ron Fowler of Lopez Island.

Louise was always very active.  She was an avid gardener, loved horses and enjoyed riding, activities with her many friends, she loved reading the Bible and was an active member of the church.  In her entire life she never wavered in her faith and belief that Jesus is coming soon.  In 1968 she and Wayne got the opportunity to do mission work in the South Pacific.  They went several times to the Solomon Islands, New Guinea, New Hebrides and Tonga.  They adopted a 5-year old girl, Fonuku from Tonga in 1980. Wayne & Louise divorced in September 1992 and she moved to Burlington, WA where she joined and was an active member of the Mt. Vernon SDA Church.  When the North Cascades Church in Burlington opened, she began attending there where she met Clifford Matterand, who was instrumental in the building of the church. They married in January 1996, and they lived in Cliff’s family home in Clear Lake.  They were happily married for 17 years before Cliff passed away in 2013.  At that time Louise moved into her Mt. Vernon home.

Louise loved her family, loved listening to music and singing, square dancing, reading her Bible, yard sales, crafts and especially dolls collecting.  She was a member of several doll clubs in the area and enjoyed learning about them.

Elizabeth Louise Matterand lived a very good and full life!  She will be greatly missed by her family, her church family, and her many friends.

She is survived by her son and daughter-in-law, Ron and Rochelle Fowler; her siblings, Loretta, Yvonne, June, and David; her grandchildren, Rebekka, Andrew & Melissa; and her many nieces, nephews and cousins.

Internment will be at the Sedro Woolley Union Cemetery.

To order memorial trees or send flowers to the family in memory of Elizabeth Louise Matterand, please visit our flower store.
Send a Sympathy Card