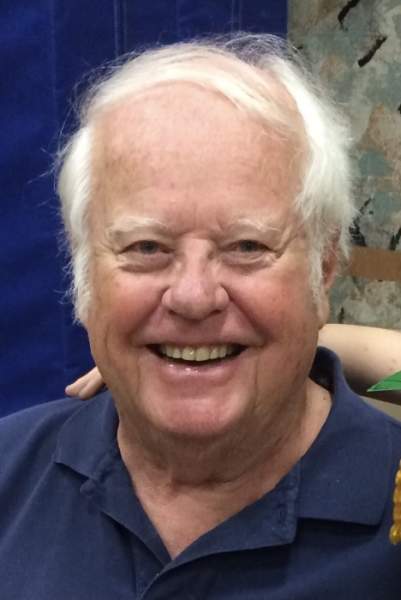 Edwin Selden Lane, 86, passed away March 6, 2021, at Hospice House in Bellingham. Ed filled his life with love and relationships, collecting people and stories, and making plans. The week he died, he was planning his next cruise, his next road trip, his next night out to dinner and his next party. Ed was born in Phoenix, Arizona, Nov. 13, 1934, the youngest child of the Very Rev. Edwin Selden Lane and Mary Bogue Alden Lane. Ed’s three sisters were 12 to 18 years older, and one of his early accomplishments was becoming an uncle at the age of 7. He was a proud graduate of Arizona State University and a member of Phi Sigma Kappa fraternity. After two years in the U.S. Army, Ed moved to San Francisco, where he lived in an apartment on Twin Peaks with a view of the city -- and had a pretty good time. He got serious when he reunited with his college girlfriend Mary Hufford and they married in July 1967, buying a house in Pinole, California, where they lived for nearly 50 years.

Ed worked as his own boss most of his life, owning and operating San Pablo Personnel Agency and helping people find jobs. He also loved spending time with groups of friends who gather to do good for the community. He was a past president and Paul Harris Fellow of the San Pablo Rotary Club and recently attended his last club meeting via Zoom. He served as president of the board of the West Contra Costa YMCA and organized many events for the Northern California chapter of the ASU Alumni Association. He was also named Man of the Year in San Pablo in 1987. He probably had more fun, though, pitching in for smaller jobs like announcing at his daughter’s swim meets, calling bingo games at the Vallejo Elks Club, or ringing the bell outside grocery stores for the Salvation Army at Christmastime.

Ed collected and connected people, building groups of lifelong friends out of neighbors, parents at swim meets, and strangers who sat next to each other at Oakland A’s games. While Ed’s gift of conversation drew people in, his wife Mary made sure everyone was well fed. Mary and Ed enjoyed legendary tailgate parties at the Oakland Coliseum. He loved a rare steak, good bourbon, and playing a round of golf. He never sent an email or a text message, never signed on to Facebook or searched for a single thing on the internet, and he was a master at social networking.

Ed and Mary moved to Bellingham in 2015 to be closer to his daughter and her family. He flourished among his new neighbors at Parkway Village, where he quickly joined the residents’ board and organized a men’s luncheon group. He kept in touch with his California buddies with the help of an ancient, well-used flip phone that was always in his pocket.

Ed is survived by his beloved wife of 53 years, Mary Lane; his daughter, Mary Gallagher, his son-in law, Dave, granddaughter, Ella; and his sister, Mary Koontz, of Minneapolis. He was predeceased by his sisters Elizabeth Baker and Mildred Anderson. The family plans to gather with loved ones later this year for a party celebrating his life.

To order memorial trees or send flowers to the family in memory of Edwin Selden Lane, please visit our flower store.