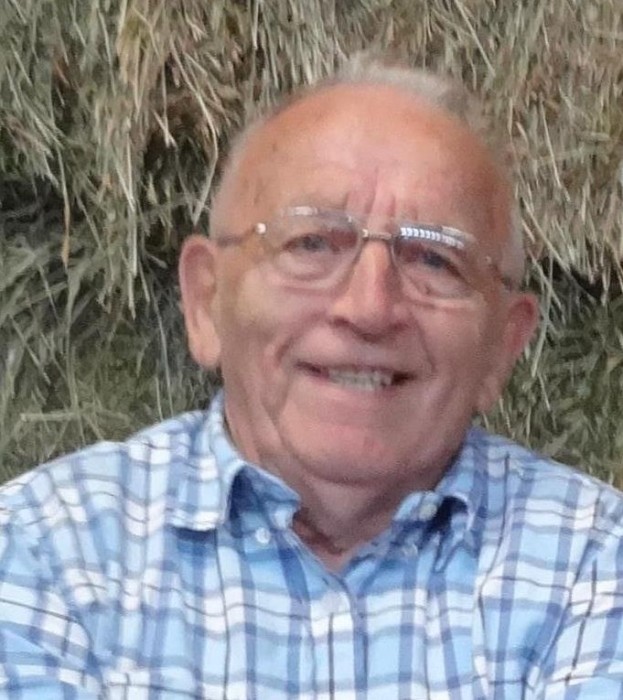 Edward “Ed” Speelman was born on November 12, 1926 in Oppenhuizen, Friesland, the Netherlands. He went home to his LORD on January 4, 2019.  Ed lived through the German occupation; then served his country in the Dutch Marines.  He was shipped to Indonesia during the tumultuous years of 1946-1949.   Ed married Tena de Jong on October 23, 1951 and immigrated to the U.S. sponsored by his brother Pete, they settled in southern California in 1952.  They moved to Everson, WA in 1958 and acquired their Alm Road dairy.  Ed also farmed in Sumas and Lynden.  After retiring from farming he enjoyed part-time jobs at Blue Diamond, Van Wingerden Nursery and Custer Feed Store.  Ed was always ready to talk to anyone!  He was an avid coffee buddy at McDonalds and an enthusiastic sports fan cheering on his grandchildren and great-grandchildren.  He attended several Huskies, Seahawks and Mariners games.  His all time favorite sport was European soccer.  Yea Holland! Ed was a faithful member of Nooksack Valley Reformed Church for 60 years where he served as an elder, deacon and Sunday school teacher.  Ed was a caring husband, father, grandfather and great-grandfather.  He shared 67 years of marriage with Tena, who survives him at the Christian Health Care Center.  His children are; Rea (Bernie) Korthuis, Margaret (Matt) Schilperoort, Dorothy (Scott) Polinder, Harry Speelman and Lois (Mark) Lovrien.  He is also survived by 7 grandchildren and 7 great-grandchildren.  He is preceded in death by a grandson, Christopher Polinder.  Also surviving is his sister Trienke, in the Netherlands, his sister-in-laws Shirley Speelman and Dorothy Dykstra, as well as many nieces and nephews.  He will be missed! The family thanks the wonderful staff of Whatcom County Hospice and Christian Health Care Center.  In lieu of flowers donations may be made to Whatcom County Hospice, 2806 Douglas Ave, Bellingham, WA 98225 and The Lighthouse Mission, 910 W Holly St, Bellingham, WA 98225.  A memorial service will be held on Monday, January 14, 2019 at 11:00 AM at Nooksack Valley Reformed Church, 602 E 2nd Street, Nooksack, WA.  Please share your thoughts and memories of Ed online at, www.sigsfuneralservices.com

To order memorial trees or send flowers to the family in memory of Edward "Ed" Speelman, please visit our flower store.
Send a Sympathy Card