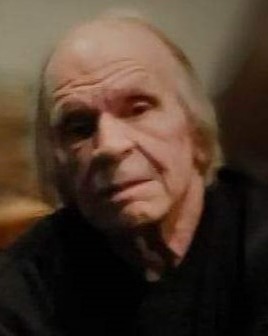 Sandy Ryder died peacefully January 4, 2023 surrounded by loved ones.  He was preceded in death by his father, Edgar, his mother Evelyn, his brother John, and his first wife, Diane.  He is survived by his wife of more than 30 years, Mary Easley; his sister in law, Marilyn Ryder; niece Erin Tse (Alan) and her children Ava, Grant, and Truman; niece Kirsten Van Osten and her daughter, Emma; niece Rachel Heath and her children Michael, Ryan, Ocean, and Lily; niece Sarah Wesen (Steve) and her children Morgan, Taylor, and Talhia.

He was born in Olean New York and moved to Ferndale at age 11 when his family relocated to help start the Mobil Oil Refinery.  Sandy graduated from Ferndale High School with the class of 1962, and attended classes at Bellingham Technical College. He was a Vietnam era veteran and served in an army topographical unit in Germany.  He lived briefly in Seattle where he worked for Kenworth assembling semi truck dash boards.  Most of his work life was spent painting. He was an industrial steel painter and commercial painter.  After retiring from painting he worked with his life long friend in salvage and recycling.

Sandy demonstrated his obsessive interest in cars at an early age when he was seen hauling his Tonka trucks behind his bicycle up and down the street.   His younger days were rumored to include street racing in old cars on “may-pop” tires.  He owned some interesting vehicles over the years.  A few of these cars he restored and others he just enjoyed as “drivers”.  He took pride in driving old cars that were hauled out of a field.

Sandy was a homebody who enjoyed keeping the homestead in order. He spent hours on his little orange tractor, mowing and clearing, claiming to “let hydraulics do the work,” He was methodical and enjoyed routine.  This approach to life helped him face his health challenges with determination and dignity. He met and overcame struggles that others could not by simply putting one foot in front of the other, every day, every week, every month.

His career as a pet owner got off to a rocky start when he was found “playing” with his goldfish outside the bowl.  He became a pet parent as an adult and came to be a passionate dog lover.  He loved all the dogs we parented over the years but his favorite was a red aussie named Chevy.  They would walk every day possible and covered many miles around the county. He claimed that they covered so many miles because the dog would pull him along.

He was devoted to his friends and family and generous with his affection. He was known for his good nature and sense of humor.  He was quick to smile and laugh, and say “I love you.”  His nieces referred to him as the cool uncle.  He was so loved and will be missed.

To respect his wishes there will be no service. In lieu of flowers please feel free to make a donation to your favorite charity. His favorite charities involved helping animals.

To order memorial trees or send flowers to the family in memory of Edgar "Sandy" Saunders Ryder, please visit our flower store.