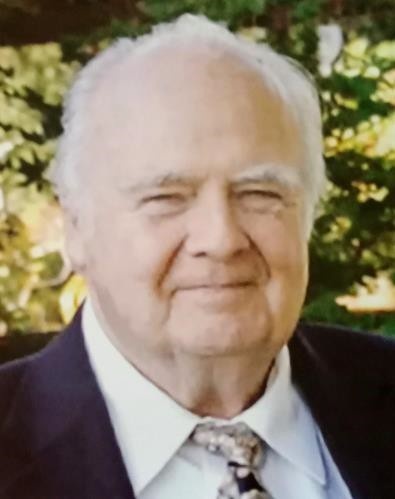 Went home through the gates of heaven and into the arms of Jesus, his Lord and Savior, on August 13, 2021 in Lynden, WA at the age of 86. Edgar was born in Spokane, WA May 6, 1935 to (father) Fabian Lewis Pears and (mother) Helen Cora (Campbell) Pears. He is survived by his beloved wife Shirley LaRayne (Larsen) Pears, they were married 66 years, this September would have been their  67th Anniversary. Edgar also leaves behind 4 children...son - Edgar (Eddie) Pears Jr (Randi), daughter - Sherrie Devilliers  (Les), son – Douglas Fabian Pears (Adele), daughter - Melanee Mulholland (Mark). 11 grandchildren and 18 great grandchildren. Edgar in his younger years worked as a Fireman on the Spokane International Railroad as his father Fabian did. Edgar’s uncle Edgar also worked on the railroad but died in WW1 in France. He later found his true calling in sales. As a salesman he rose to the top of each company he worked for. Edgar later established his own sales and marketing company which was his passion and excelled in. Edgar’s hand shake was his contract and word with those he did business with. Edgar was a man of faith, integrity, compassion, humor and always had an encouraging word mixed with humor and loved his family deeply. He also had a deep compassion for the less fortunate and people living on the streets. He was also a licensed ordained minister since 1956.We will all miss his laughter, practical jokes, one liners and of course the stories he would tell. The family would like to express our deepest appreciation to all the staff at Christian Health Care Center in Lynden including the hospice nurses for the love and compassion they showed on a  daily basis to him. In lieu of flowers and gifts we ask that a donation to the Lighthouse Mission, 910 West Holly Street, Bellingham, WA to be made in honor of him, or donate to www.thelighthousemission.org.

To order memorial trees or send flowers to the family in memory of Edgar Earl Pears, please visit our flower store.