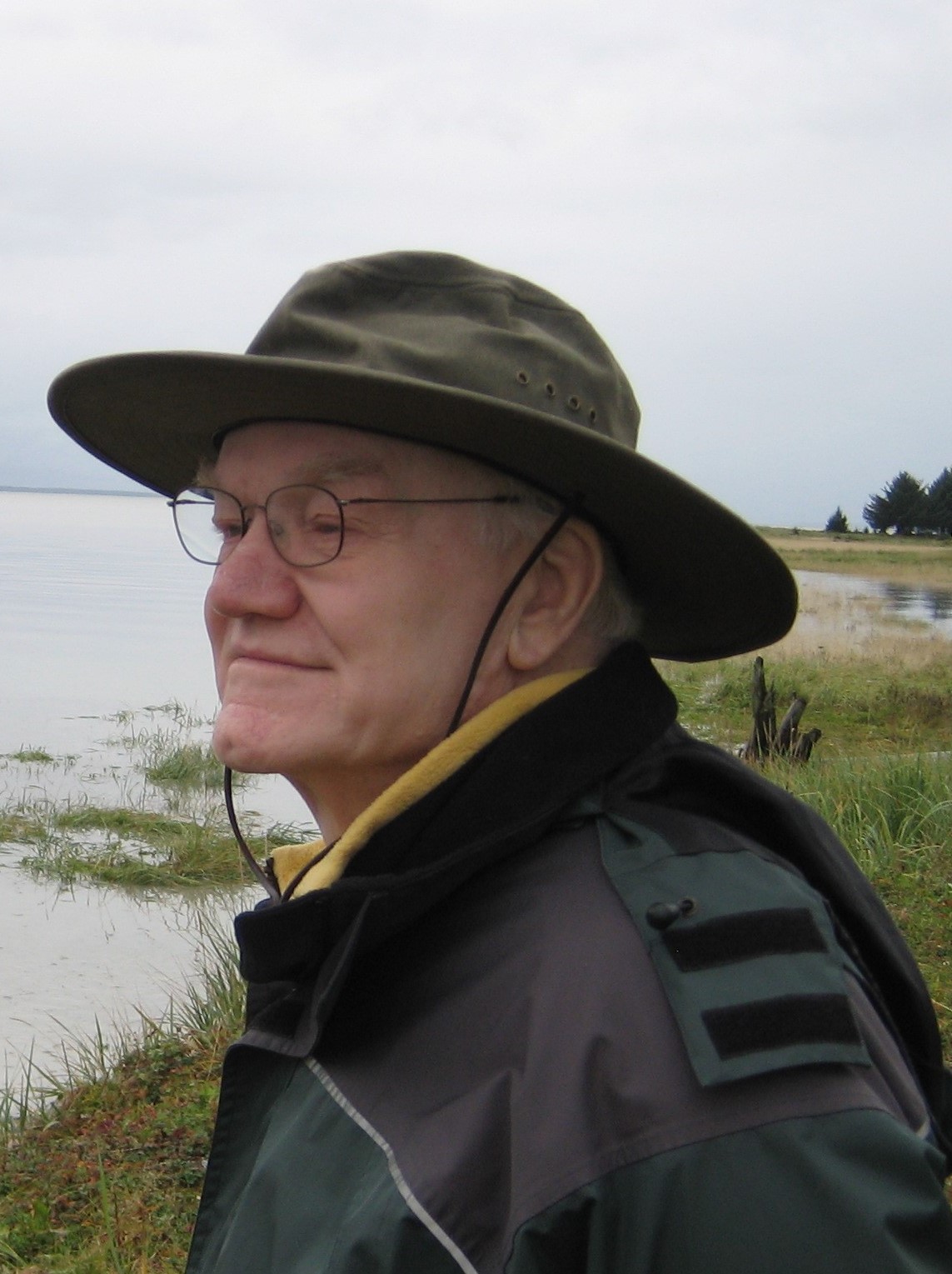 Dr. John Berger d’Armand, former Professor of Music at the University of Alaska Southeast, died peacefully on April 16, 2022. John was a beloved member of the Juneau, Alaska community for over forty years. He left behind his loving wife, devoted family, and treasured friends.

John was born in Knoxville, Tennessee in 1935 to Roscoe Carlisle d’Armand and Virginia Luck Berger d’Armand. He was a seventh-generation Knoxvillian. The youngest of five, John grew up on Southgate Road in a home fondly referred to as Beech Hill. The d’Armand family belonged to the First Baptist Church of Knoxville where his mother played piano. Although John later became known for his basso profondo, his first musical love was the flute. In high school, he was first chair in Tennessee’s All State Band.

After graduating from West High School in Knoxville, John spent one year at the University of Virginia before transferring to the University of Tennessee where he earned his Bachelor of Science in Business. It was during this time that John made his first trip to Alaska. In his father’s 1949 Packard, he and four of his college friends drove from Tennessee to Fairbanks and spent the summer of 1956 working there. John fell in love with Alaska that summer, and, after graduating from college, returned to Alaska where he worked for the Bureau of Land Management, having hitchhiked 4,000 miles to get there. While in Anchorage, John auditioned for and was accepted into the Robert Shaw Chorale. He spent the next year on tour with the chorale performing and recording the Bach B Minor Mass, which won a Grammy in 1961. It was during this time that John decided to pursue his passion for music. When the tour ended, he enrolled at Baldwin-Wallace College where he earned a Bachelor of Music in Vocal Performance. He then earned a Master of Music in Vocal Performance at the University of Illinois. In 1964, he met his first wife, Gretchen, in Chicago where they were adjacent contestants in the National Metropolitan Opera auditions. They married at the end of the year. John accepted a teaching position at the University of Massachusetts Amherst in 1968 and he and Gretchen made their home in South Deerfield where they raised their two daughters, Cindy and Jenny. It was a rich artistic time full of hundreds of performances in oratorio, opera, recital and chamber music. John’s musicianship, artistry and stunning voice moved audiences deeply.

John’s love for Alaska never left him and, in 1980, when the opportunity arose to move there and help develop the music program at the University of Alaska in Juneau, he jumped at the chance. He had started his doctoral program in music years earlier and finished writing his dissertation over the course of a summer to be eligible for the position in Juneau.

John and Gretchen divorced in 1983 and remained friends. While touring Europe a few years later, he spent time in Vienna where he reunited with Susi, whom he had known years earlier. They fell in love, and Susi moved to Juneau with her daughter, Maureen. John and Susi married in 1987, and John became the very happy father of three girls when he adopted Maureen shortly thereafter.

John was a lifelong learner and adventurer. He grew up hiking in the Smoky Mountains and never tired of exploring other parts of the world. In 1986, he traveled to Siberia with the Alaska Performing Artists for Peace. The group performed in churches, schools, and community centers across Russia in an effort to reconnect the Upik and Inupiat Eskimo families. The trip was a highlight of John’s life. Another highlight was teaching children at a remote logging camp in Hobart Bay. He traveled there by float plane once a month and enjoyed the flights and his conversations with the pilots as much as he did teaching the kids. This experience inspired John to earn his Master of Education degree, which he did at age 65. This was not an easy feat, and he was as proud of this degree as he was of his doctorate.

Throughout John’s life in Juneau, he and Susi often welcomed students, neighbors and friends for meals, socializing and, of course, singing in the music room as John played his prized Bechstein which he had had shipped from Vienna. He and Susi spent many summers there with her family, exploring the countryside, going to concerts, and enjoying Austrian food, especially dessert!

John’s musical talent was evident to all who knew him, but those close to him also saw artistry in his photography. He took the most beautiful photos - of people, animals, scenic landscapes, and anything else that caught his eye, including signs and license plates that made him laugh. And let’s never forget what a wonderful laugh he had!

John was a master of words with a seemingly endless vocabulary and a knowledge of grammar and punctuation that rivaled the experts. He loved to teach others the beauty of the English language. He adored puns, “spoonerisms,” and plays on words, and he could write a clever limerick or tongue twister in a matter of minutes. He was a master joke teller and prankster, especially on April Fool’s Day!

Although John’s professional and musical accomplishments were notable, it was his larger-than-life personality and his sincere love of people that truly defined him. John was warm, loving, and so much fun. He never hesitated to start up a conversation with someone nearby - at restaurants, on planes and ferries, in groceries stores… He connected with people almost instantly and always made them smile.

In addition to his parents, John was preceded in death by his brother, Noel d’Armand, and his sisters, Virginia “Penny” d’Armand and Nilla Buckley. He is survived by his wife, Susi d’Armand, his daughter, Jenny d’Armand, his daughter, Cindy Wilken and her husband Jeff Wilken, and his daughter, Mo d’Armand and her husband, Paulee Offerson. He is also survived by his grandchildren Shannon Sullivan, Colin Sullivan, Matthew Wilken, Evan Wilken, and Beni Offerson, as well as his former wife, Gretchen d'Armand, his sister Rose “Mitzi” d’Armand Carpenter, his nieces Carol Green and Alice Carpenter Bentley, and his nephews Tom and John Buckley. There will be a Celebration of Life in Juneau sometime this July, details of which will be posted soon. In lieu of flowers, please consider supporting a young artist in your community who would like to take music lessons or make a donation to your local music school to help further the musical education of one in need.

To order memorial trees or send flowers to the family in memory of Dr. John Berger d'Armand, please visit our flower store.