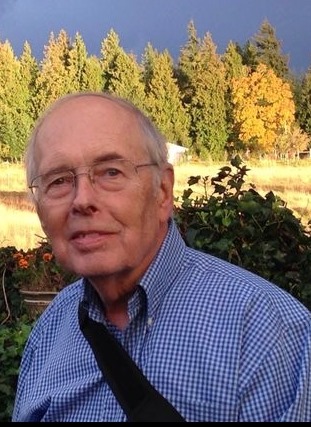 Dr. Darl Dean Nelson died on July 21, 2018 at Whatcom Hospice House following a long battle with Alzheimer’s. Dean was born on November 2, 1932 in Marion, Indiana. He was the second of five brothers.

An officer in the U.S. Army (Lieutenant Colonel), Dean and his first wife Elaine (Cheesman) Nelson and their five children were stationed in Germany and Okinawa. He fulfilled his medical residency at Madigan Army Hospital in Fort Lewis, WA. The family moved to Bellingham, WA, in 1969 where he began private practice in internal medicine. Dean was a founder of the Northwest Internal Medicine Clinic, later Northwest Gastroenterology, and practiced medicine until his retirement in 2006. A well-respected physician, he truly loved his patients, colleagues, and everyone he worked with over his long career. For 17 years Dean was on the executive board of the Partnership of Northwest Medical Center. He Loved working with all of his partners at Northwest Gastroenterology and everyone within the medical community in the care of his patients. Dean was a beloved physician and very well respected, who was a quiet man, but with great wisdom.

Dean’s love of the Pacific Northwest allowed him to pursue his many interests including mountaineering, gardening, boating, photography, geology, farming, and his love of animals. Dean loved to travel and was blessed to be able to visit all fifty states and the seven continents. Dean was happily married to his loving wife Tina for the past 36 years. They enjoyed traveling the world together and raising their two daughters on their Whatcom County “Nelson Farm.” Tina tenderly cared for Dean in their home until his final weeks. Sincere thanks to the many caregivers who gave compassionate care and support to Dean and his family during his long good-bye.

In lieu of flowers, donations in Dean’s honor may be made to Alzheimer’s Society of Washington and Whatcom Hospice. A private family burial will take place on July 28, 2018.  A public memorial service will be held on Saturday August 11, 2018 at 1:00pm at the Bellingham Ferry (355 Harris Ave, Bellingham, WA 98225)

To order memorial trees or send flowers to the family in memory of Dr. Darl Dean Nelson, please visit our flower store.