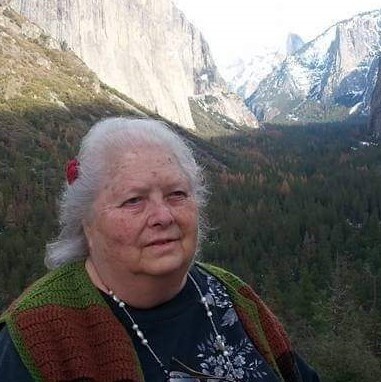 Dorothy Louise Hackett was born in her grandmother’s cabin on Whidbey Island, Washington on February 18, 1934. She is the eldest daughter of Arthur Russell and Opal Adelle (Walter) Hackett. Her sisters included Corinne and Carol Hackett and Kay Russell.

As a child, Dorothy was a tomboy who loved to be outside, playing in the woods or by a stream. She began her education at a Seventh-Day Adventist school in the basement of the church in Tonasket, Washington.

In 1950 she married Gilbert Herman with whom she raised a family of six in Loma Linda and Merced, California. When the children were in school, she expanded the budget and her circle of friends through sales of cosmetics, housewares, encyclopedias, and insurance.

Dorothy Herman married Orville Flinner in 1969 in Tacoma, Washington, and became stepmother to Lana, Deborah, and Melony Flinner. In addition to caring for her family, she brought in siblings Tami and Ricky as foster children and cared for others as a certified nursing assistant and physical therapist technician in nursing and convalescent homes. She finished her career by serving as the postmaster at the Retsil, Washington, Post Office.

Her love for the outdoors continued, and she could often be seen with a camera in her hands take snaps of family events and record the scenes large and small that caught her eye and displayed the beauty of God’s creation. She was a devout Seventh-Day Adventist throughout her life, eventually serving missionary roles in El Salvador and Guatemala in her late sixties.

To order memorial trees or send flowers to the family in memory of Dorothy Louise O'Brien, please visit our flower store.