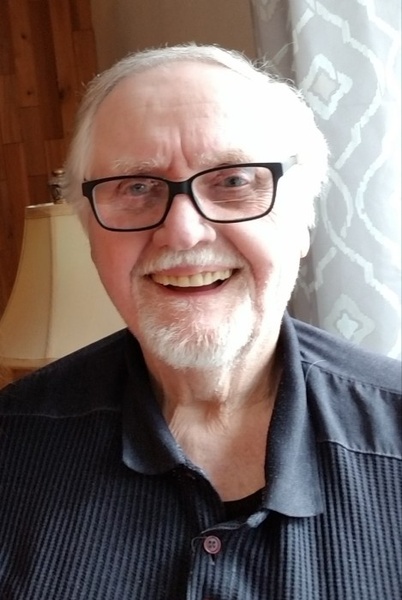 A longtime resident of Bellingham WA, Donald Hilton passed away at his home, surrounded by family Thursday, February 4, 2021 at the age 82.  Don was born October 13, 1938 in Bellingham, the middle child to parents Ralph Hilton and Josephine (Brewster). He grew up locally and graduated from Bellingham High School with the class in 1956.  Joined the US Marine Corp Reserve 10/55 – 7/57, and proudly enlisted in and served in the US Airforce from 7/57 – 7/65.  During the early years he married Karen Froberg in 1959 and had two boys Jeff and Roy.     They later divorced and Don remarried Sharron Sloan with her children Connie and Chris in 1966.   In 1967 they had daughter Erin. It was always a dream of his to open his own paint store in Bellingham, which he did in 1977, Hiltons Quality Paints. Don worked a variety of jobs in the area and retired from Hardware Sales after 28 years in sales where he was known to his loyal base of customers as “Buck” Hilton.    He could fix anything he set his mind to from something big to fine porcelain.   His family often referred to him as’ MacGyver’.  It may not have been pretty, but it was functional and formidable.  Don was an active member of the Mount Baker Toppers, a Barbershop group for years and traveled to many competitions.   He loved to sing and dance.  He also spent many years as a member of the American Legion. He had an extensive interest in collecting military memorabilia that his children and grandchildren fondly remember as ‘Grandpas war room’.    He later collected stamps and coins.  The family agrees that he was the most ‘organized’ person they know.  He has a labeled spot for everything.  He often helped with housework – setting the bar high for the men in our lives. He was known to his family, friends and customers as a jokester with a dry sense of humor and loved playing practical jokes on unsuspecting guests.   They also loved his honesty and genuine generosity.  He will be missed by many. In his later years he loved his Jell-O, scratch tickets, candy orange slices and using zip-ties on everything.    He loved his cat, Chula Bunny, who often comforted him through his journey. He was preceded in death by his parents Ralph and Josephine and brother Lewis E. (Ted) Hilton. Don is survived by his wife Sharron; sister Verylen Klander; brother-in-law John Sloan, sister-in-law Debbie (Mark) Pugh,  sons, Jeff (Sharon) Hilton, Chris (Nancy) Rossmiller, Roy (Beverly) Saylor; daughters Erin (Jeff) Slaughter, and Connie (Craig) Baier. He was blessed with grandchildren Kelsey Saylor, Kyle Saylor, Claire Hilton, Jennifer (Damon) Fitzgibbon, Brittany (Tyler) Rossmiller, Courtney Sorensen, Cody Sorensen, Shelby (Kyle) Eggleston, Mackenzie Bruland, Troy (Melissa) Baier, Justin (Marin) Baier;  great grandchildren, Anthony, Dayton, Cruz Fitzgibbon, Ryder Eggleston, and several great grand dogs and great grand cats. Also survived by several nieces and nephews that ‘loved the big guy’.  There will be a family graveside service with Military Honors Friday, Feb. 12, 2021. A celebration of life will be held later in the year. Remembrances may be made in Dons memory to Whatcom Hospice, Mount Baker Toppers or the American Legion Post #7 of Bellingham.

To order memorial trees or send flowers to the family in memory of Donald Ralph Hilton, please visit our flower store.