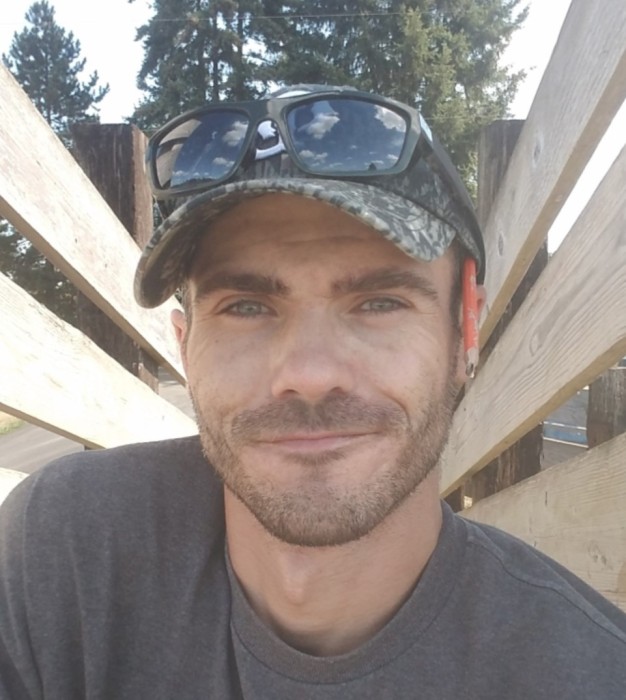 Devin James Olesen, age 33, was born December 27, 1985 in Bellingham, Washington to parents Lyle Olesen and Kimberly (Olesen) TeVelde. From an early age Devin lived in Sumas, Washington where he spent most of his early days on his grandparent’s mink farm, where he would fish in the creek behind the farm and helped on ranch. At the age of 16 he moved to Kalispell, Montana where he joined the Army Reserves as a Cavalry Scout Specialist, he later changed his MOS and joined the 1st Battalion of the 163rd Mechanized Infantry. He was also a sharpshooter for his unit. His military career lasted Aug. 13, 2004 until Mar. 31, 2011 when he was Honorably Discharged. He later moved to Portland Oregon where he worked as a tile setter on many jobs around the city. Devin worked on both the Duck's and Beaver's stadiums, although in his heart he was always a Cougar. On Tuesday, June 11, 2019 Devin was tragically taken from us. Devin was an avid fisherman and always had his fishing gear with him, he loved hiking, camping, shooting and anything that would take him outdoors. He also enjoyed painting and photography. Devin had such an energetic personality that always got people to smile and laugh, always the goofball and kid at heart. He made it his goal each and every day to make at least one stranger smile to better their day. He was always there to help those who needed it, he had such a kind and loving heart.  He was loved and will be missed by many. Devin was preceded in death by his grandfather, James Frank Olesen his grandmother, Diane Gates and uncle, Robert Straka.

To order memorial trees or send flowers to the family in memory of Devin James Olesen, please visit our flower store.