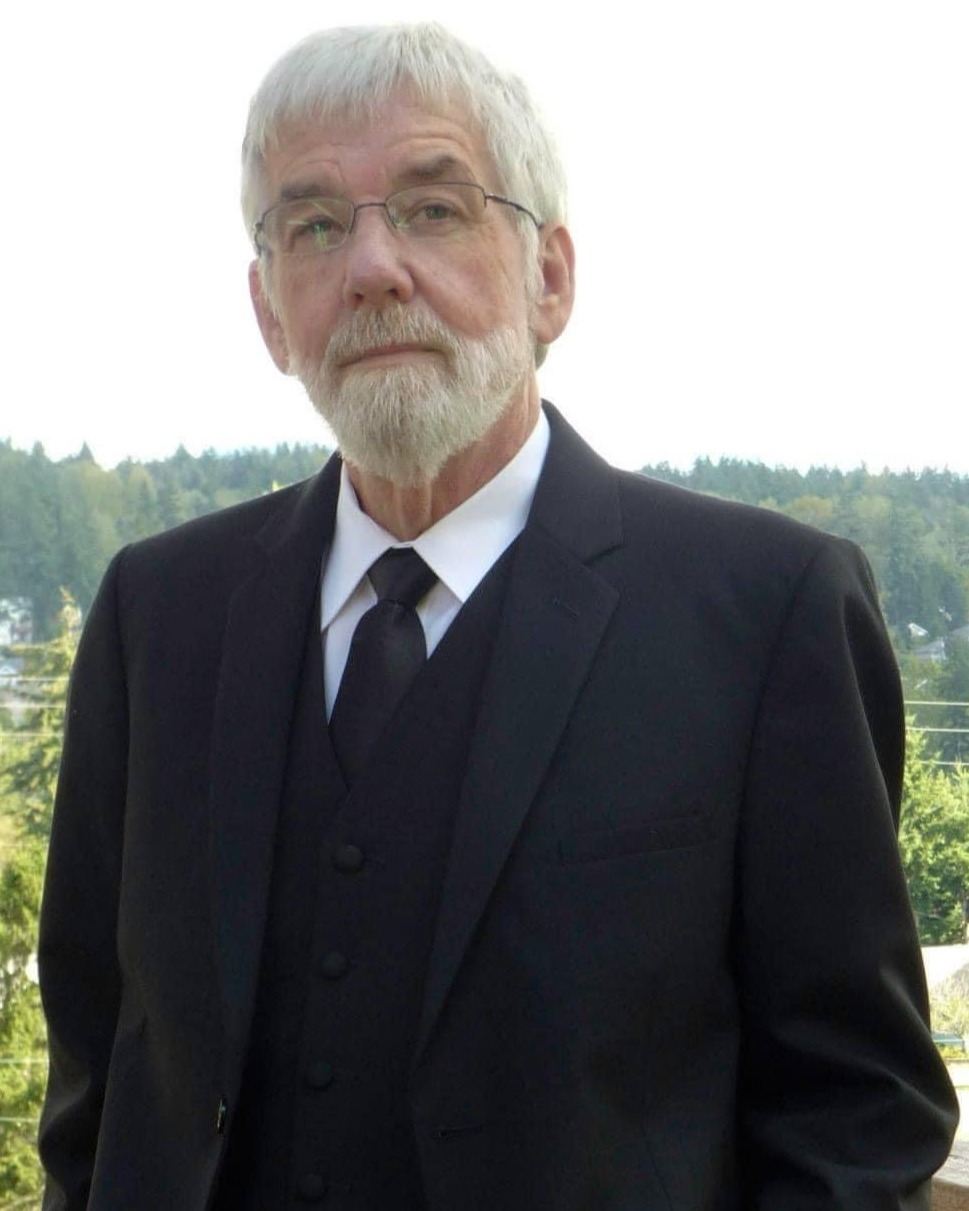 David F. Warren peacefully passed away at home on December 27, 2022, while surrounded by his loving family. He was born on October 2, 1948, in Tacoma, WA to Eugene and Patricia Warren. He has one older sister, Karen Huffar who lives in Wisconsin and a brother, Patrick Warren, who preceded him in death.

Growing up David was involved in adventures of all kinds. He never shied away from a good time and his bold personality landed him in some precarious situations. This love for adventure was present throughout his life. He was a competitive swimmer at Wilson High School, where records stood for many years. He also played drummer and keyboarder in a Tacoma area band.

David enlisted in the Navy on August 11, 1967. He was a hospital corpsman, serving as a Medic in both the Navy and the Marines. After being honorably discharged, he continued to live in Virginia for a few years and worked as a lifeguard. In 1970 he moved to Spokane, where he soon met the love of his life, Charlene (Charlie). David was instantly captivated by her beauty and grace and knew he was going to marry her. Soon after they met, he started his lifetime career working as a union leader for SEIU. They were married on November 6th, 1971.

Now living in Seattle, with a career that was starting to take off, David and Charlie had their first son Jason, born in 1974. David's work with SEIU would eventually move the family to Juneau, AK, where their second son Rick was born in 1977. Eventually the family would move back to David's hometown of Tacoma where their daughter, Sarah, was born in 1979. The family would eventually make a permanent move to Bellingham, WA in 1986 after David accepted a leadership position with SEIU.

Now a leading voice in the labor movement, David's propensity for adventure continued as he negotiated high stakes contracts for workers around the U.S. and the world. He was a natural leader, recognizing that the union was essential in promoting equality, fairness and voice on the job. David took a great deal of pride in his work and positively impacted the lives of thousands of workers. In addition to his work with SEIU, he was also President of the Northwest WA Central Labor Council for over 25 years, the longest serving President of the Civil Service Commission and the Commissioner of the Public Facilities District, helping to secure the Children's Museum and the Restoration of the Mt. Baker Theater.

Many will remember David as a supportive friend and mentor to many. He was socially graceful and seemed to naturally engage strangers into memorable conversations. He enjoyed making new friends throughout his life. Those who had the opportunity to connect with David on a personal level will remember him as a warm, curious character and a skilled conversationalist.

A number of years after retiring from his work with the Union, David demonstrated once again his ability to fight as he battled and beat prostate, esophageal cancer and melanoma. After winning his battle with cancer, he continued on enjoying his retirement for a number of years, enjoying a high quality of life. David was diagnosed with lung cancer shortly before his passing.

David is preceded in death by both parents, Eugene and Patricia, and his brother, Patrick. He is survived by his soul mate, Charlie Warren, sons Jason Warren (Marcy) and Rick Warren, and daughter Sarah Nicholson (Mike), his grand kids Connor, Kelbi, Allie, Ryker, Malia and Myles, his sister Karen, mother-in-law Betty Williams, numerous nieces, nephews and hundreds of his favorite brothers and sisters.

Celebration of life will be later scheduled for Spring 2023. In lieu of flowers, we ask that you make a donation to your local food bank in David’s name.
To order memorial trees or send flowers to the family in memory of David F. Warren, please visit our flower store.