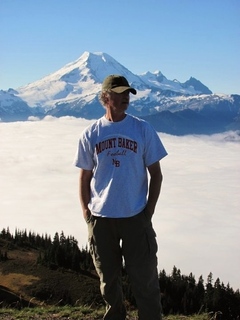 Dave was diagnosed with ALS in November of 2013 after experiencing symptoms for over a year prior. During his last year and a half, Dave continued to live his adventurous life to the fullest with fishing trips to Alaska and Canada, hiking, camping, and hunting with his family. He was also able to walk his daughter down the aisle at her wedding and watch his son graduate from Mount Baker High School.

Dave was born in Bellingham, WA on May 3, 1957 to Marvin and Marilyn Oiness. He graduated from Sehome High School in 1975. In 1981, he began working at the Bellingham Golf and Country Club as a groundskeeper and worked his way up over 33 years to head mechanic. Dave married Karen, his high school sweetheart, in Maple Falls, WA on December 17, 1983.

To order memorial trees or send flowers to the family in memory of David William Oiness, please visit our flower store.
Send a Sympathy Card