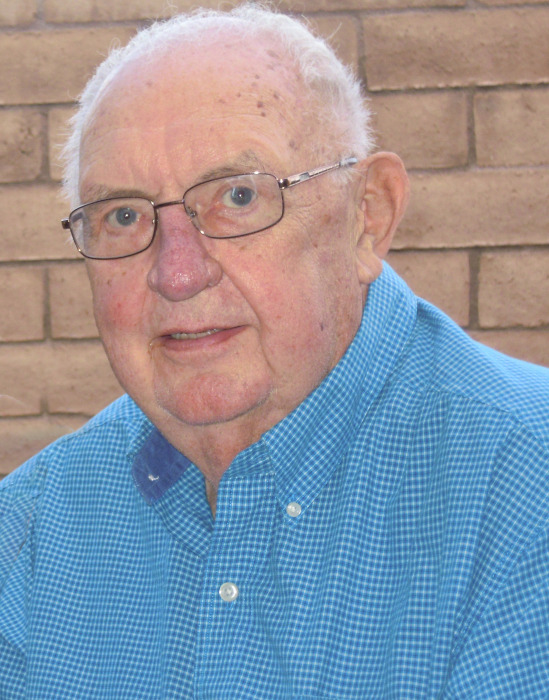 After 83 years of living big and loud, David J. Davin passed away peacefully on November 8, 2017 surrounded by his best girls. Dave was born on July 15, 1934, in Rochester, NY to Harold and Anna Davin and from that moment on was a force of nature beyond compare. While a New York man at heart (with a heart the size of New York), Dave transferred his allegiance to the Hoosier State, where he earned his Bachelor’s degree in Journalism from the University of Notre Dame in 1956. After graduation, he married the love of his life, Mary Katherine “Kay” Griffin, whom he affectionately referred to as ‘The Dragon Lady.’ Shortly following their December 27, 1956 nuptials Dave went on to serve as a Lieutenant Junior Grade in the United States Navy and then in the United States Naval Reserve until 1970. He lived and worked in various locations over the years, Rochester, Horseheads & Palmyra NY, Portland, OR, Sahuarita, AZ and most recently Bellingham, WA; but of all the places he went, one thing remained true, home was wherever his family was. Dave loved Dungeness crab “Dungies” swimming in butter, boating in the San Juans, RVing around the country, Peanut M&Ms, the Red Sox, tall blondes, glazed donuts, the Green Bay Packers and vodka, not necessarily in that order. He hated Reese's Peanut Butter Cups, Donald Trump, Fox News and hypocrites, not necessarily in that order. He was a master salesman who perfected the art of selling ice to Eskimos. When it came to the sales business, he was the best and loved doing it. Dave loved to tell stories and he was generous with his heart, his time and whatever money he had left. He loved to bartend at any and all parties and once you told him your drink, he never forgot it. Dave was a hero and friend to his five children: Kevin, Dennis, Anne, John and Kara. Nothing made him happier, except when Notre Dame was winning, than spending time with his family. When Dave left for his next party in the sky, he left behind his wife Kay Davin; sons Kevin Davin his partner Bambi Sorenson, and John Davin and his wife Joy; daughters Anne Koglin and her husband Rick and Kara Davin and her husband Jeff; as well as nine grandchildren (all of whom thought they were his favorite) and five great-grandchildren. Dave was preceded in death by his son Dennis, his loving parents and any of his friends that went on to become Republicans.

A celebration of his life will be held in the Summer of 2018, at a location overlooking the Pacific Ocean with lots of laughs and ample amounts of booze. Stay tuned for more details. He asks that you keep telling the stories that he can no longer tell and to remember that this isn’t goodbye, this is see you next time.

“To live in hearts we leave behind is not to die.” - Thomas Campbell

In lieu of flowers, please consider making a donation to Whatcom Hospice

To order memorial trees or send flowers to the family in memory of David Jerome Davin, please visit our flower store.
Send a Sympathy Card