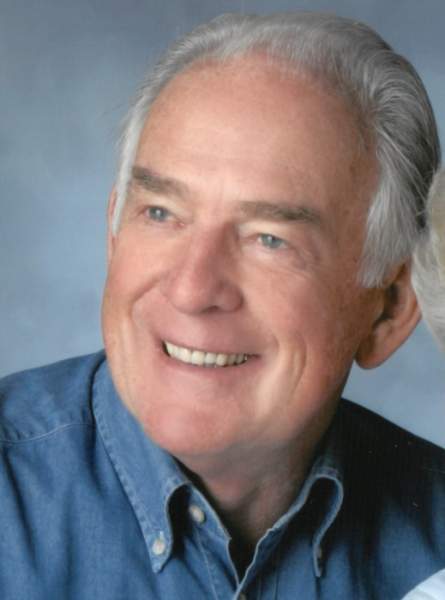 Dan Lee Barron, age 87, of Bellingham, WA passed away peacefully, surrounded by loved ones, on Wednesday, December 5, 2018. He went home to his wife of 61 years, Vivian Olive Barron, who passed away in 2017. He was born November 23, 1931 to parents Orie and Kathryn Barron in Portland, OR. Dan graduated from Lincoln High School in Seattle, WA with the class of 1950. After graduation, Dan began an apprenticeship as a Sheet Metal Worker. In the fall of 1951, he enlisted in the United States Marine Corps and served his Country honorably for two years as an Aircraft Mechanic. Following his time in the Marine Corps, Dan returned to the trades and quickly developed a reputation as one of the best Sheet Metal Workers in Seattle, known to “do the work of three men.” On March 30, 1956, Dan married the love of his life, Vivian Carlson, in Seattle. Dan, Vivian and their four children moved north to Bellingham in the early 1970’s, shortly after Barron Heating & Air Conditioning was established in 1972. Dan and Vivian retired in 1998 after 26 successful years in business. Dan was a dedicated husband, loving father, and devoted member of Northside Community Church. He was a strong man of faith and believed in the restorative and healing power of prayer. He was deeply devoted to fellowship and family, walking with Jesus throughout his life. Hunting, fishing, and skiing were passions Dan lived out with family and friends. He cherished gatherings with great food and good conversation. He was tough, yet not afraid to show emotion. He was honest, with an original sense of humor. Dan lived life large, and loved intensely. He left a legacy that will last for generations. Dan was preceded in death by his parents, his brother Richard “Dick” Barron, and his wife Vivian. Dan is survived by his daughters, Valeri Odegaard of Seattle and her husband Craig, and Lisa Barron-Maushak of Bellingham; sons, Orie Barron of State College, Pennsylvania and his wife Susan, and John Barron of Bellingham and his wife Beth; 8 grandchildren, Ryan, Silas, Maria, Rachel, Annie, Brad, Tim and Daniel; 7 great grandchildren, and numerous nieces, nephews and close relatives. Special thanks go to his caregiver, Teresa Fisher, and the team of caregivers at Silverado Assisted Memory Care, who became a beloved part of the Barron family. A celebration of Dan’s Life with Military Honors will be held Saturday, January 5, 2019, 1:00 PM, at Northside Community Church, 950 Kline Rd, Bellingham, WA 98226, with Pastor Ted Swinburne officiating. In lieu of flowers, the family suggests memorial contributions to the Hospice Foundation of America.

To order memorial trees or send flowers to the family in memory of Dan Lee Barron, please visit our flower store.