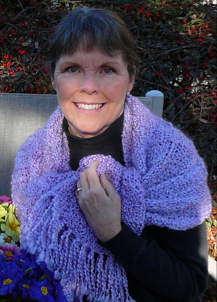 Colleen Hansen, born on July 27, 1945 in Fort Wayne, IN passed away in Bellingham, WA on May 28, 2017.  Colleen moved to Santa Barbara, CA with her parents, James B and Patricia A Hughes in 1950 and grew up in southern California as the oldest of eight siblings. Colleen graduated from Buena High School in Ventura, CA in 1963. At Ventura Community College, she met and married Roger Bates in 1965. Two children were born to them: Ken Bates of Boise in 1967 and Trisha Bates, of Bellingham, in 1969. Ken and his wife, Melissa, have four children, all of whom gave Colleen great joy. While Roger served in the US Navy, Colleen attended various colleges and universities, graduating from the College of William & Mary in Williamsburg, VA. They were divorced in 1979 Colleen joyfully married Marlen Hansen on December 15, 1990 in Bellingham, WA. His daughter, Barbara Hansen joined the newly formed family, subsequently having her own daughter.   During her professional career, Colleen worked as a CPA for the City of Bellingham, Whatcom County, and the Port of Bellingham. In her retirement, Colleen supported the local Hispanic community in a variety of ways. She was very active in the Church of the Assumption Finance Council, Community-2-Community and JustFaith.  Colleen is survived by her husband, Marlen, her two children, four grandchildren, step-daughter, step-granddaughter, seven siblings and their spouses, and many nieces and nephews. A Celebration of Life begin at the 6 PM Mass on Wednesday, June 14, 2017 at Church of the Assumption, 2116 Cornwall AV, Bellingham, WA 98225, with a reception to follow.  In lieu of flowers, please donate to Hope House, Whatcom Hospice or your favorite charity.   Aqui no hay tristeza.

To order memorial trees or send flowers to the family in memory of Colleen J. Hansen, please visit our flower store.
Send a Sympathy Card