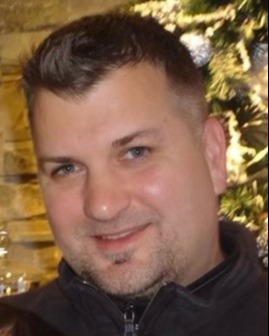 With profound sadness, we share the passing of our beloved Christopher Lee Crnich on October 23, 2022.

Chris was born on April 26, 1976 in Auburn, WA, son of Jeffrey L. Crnich and Patricia L. Lombard.  He spent his childhood in Lynden WA and graduated from Lynden High School with the class of 1994. He married the love of his life, Suzette Parks, in 1999.  In 2002, they moved to Arizona, where Chris pursued a college degree while proudly serving his country as a member of the United States Air National Guard 161 Civil Engineering Squadron. Chris earned an Associate of Science in Construction Technology degree from the Community College of the Air Force and in 2008, he earned his Bachelors of Science in Civil Engineering from Arizona State University, Ira A Fulton School of Engineering.

Chris and Suzette moved back to Whatcom County in 2009, where he continued his career in construction management.  At the time of his passing, Chris was happily working as a Project Manager for Tiger/Pearson Construction company.

In addition to his wife, Suzette and his daughter Jade Crnich of Ferndale, WA, he is survived by parents Jeff Crnich in Ferndale, Patti and Jim Lombard in Bellingham, his brother Casey J. Crnich in Bellingham, sister Samantha T.L. Syrnich in Blaine, parent’s-in-law Robert (PattyJo) Parks, sister-in law Michelle Henderson in Blaine, brother-in-law Troy Parks in Tenino, WA and many nieces, nephews and extended family.

To order memorial trees or send flowers to the family in memory of Christopher Lee Crnich, please visit our flower store.

Celebration of Life of Chris's Life