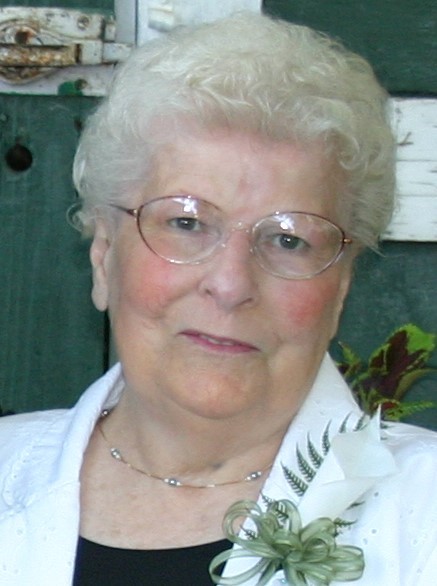 Dee married William Luke “Bill” Brown on November 28, 1956 in Houston, Texas.  They were happily married for 58 years prior to Bill’s sudden passing in December, 2014.

Please enjoy the following little Bio based on an interview with Dee as Resident of the Month at Lynden Manor last year.

Chloma Dee Brown was born in 1931 to Oscar and Margaret Robbins in Killeen, Texas, a military town adjacent to Fort Hood.  She and her twin brother shared the spot for second to youngest among 8 siblings.  Chloma Dee enjoyed growing up on her family farm.   She attended a two-room country schoolhouse from 1st-6th grade and then went to junior high and high school in town where she played volleyball and softball.  In the summer before Chloma Dee began her senior year of high school, her grandmother and then her mother became ill and Chloma Dee took a year off school to care for them until they recovered.  She then went back and finished her senior year and graduated in 1949.

After graduation, Chloma became a waitress in her hometown, then later moved to Pasadena, where she waitressed for another five years.  To make things easier because people had difficulty pronouncing Chloma, it was during this time that she decided to go by just her middle name, Dee.  Dee met her future husband William “Bill” at a social function in Pasadena that she attended with her brother and his wife.  Bill was on leave from the Navy and was invited to join Dee’s table.  By the end of the evening, Dee knew Bill was her soul mate.   Bill and Dee were married in November, 1956.  They had one daughter, Beverly, whom they adored.

Bill was stationed overseas away from Dee and Beverly six different times.  The family moved several times during the 20 years that Bill was in the Navy, but finally landed in Oak Harbor on Whidbey Island in 1964 where they would live for the next 50+ years.  After retiring from the Navy, Bill worked at a paper mill, as a welder and then as a firefighter on the Whidbey Naval base.

Just as Bill was thinking of retirement and Beverly was graduating from high school, Dee decided to open her own daycare business.  She became licensed by the State and was certified for 6 full-time and 4 part-time children, several of which kept in touch with Dee into their adult lives.  She was always at capacity and in high demand.  Dee cared for 6-week-old babies all the way up to 12 years old.  She ran her in-home daycare for twenty years until she retired in 1989.

Dees favorite things to do were cruising the San Juan Islands and fishing in their 24’ boat, camping with friends and spending time with her grandchildren.  Dee enjoyed baking and would send a care package once a month with baked goods to her grandson, Jason, who was in the Marine Corp.   Dee also enjoyed hosting BBQ’s, playing cards, dominos, crosswords, and watching movies.  In 2006, Bill and Dee took a special road trip that circumvented the Midwest and Western states, with a big family reunion in Texas.  Other travels took them to Germany, Switzerland and France as well as Canada and Mexico.

Dee and Bill were happily married for 58 years prior to Bill’s sudden passing in 2014.  As an active individual and avid golfer who loved to work in the yard, his death was unexpected and tragic for Dee.  Dee continued to live in their family home for another three years before moving to assisted living at Lynden Manor in 2018 following a hospital stay for pneumonia.  Dee was sad to leave Oak Harbor, but happy to be closer to family.  Dee became quite comfortable in her new apartment at Lynden Manor and was quick to make new friends.  Dee was eager to sign up for every outing and activity that Lynden Manor offered. In between the scenic drives and the ice cream socials, you could always find Dee Wednesday mornings down at the Beauty Shop and Tuesday afternoons playing Bingo.   Dee always had a love for cats which anyone who knew her can attest to.  Amongst all of her knick-knacks and momentos (all of which she could tell you exactly where and who it came from), there was no shortage of cat paraphernalia.

Dee will be missed by all those who knew her.

To order memorial trees or send flowers to the family in memory of Chloma Dee Brown, please visit our flower store.