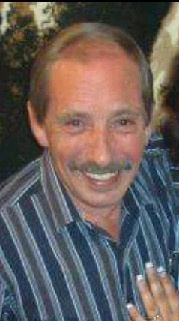 Charles Lee “Chuck” Hathaway, age 59, passed away September 15, 2016 in Bellingham with his beloved wife, Francine, and numerous relatives, by his side. Chuck was born on June 22, 1957 in Vancouver, Washington.

Chuck grew up in Alaska and Washington, but the greatest joy in his life came with his marriage and life with Francine, their two dogs, George and Sasha, and his close relationship with Francine’s father, mother, siblings, nieces and nephews, and the Nooksack culture and way of life, in Whatcom County.

Chuck’s interests and sympathies were spurred by his identification as a descendant from the family tree of the great Warrior Geronimo, from the Bedonkohe band of the Chiricahua Apache tribe.

Chuck loved the Seahawks, going to the casino, fishing, spending time with his family at BBQ’s, and was the ultimate WWE fan.

Chuck was predeceased by his mother, Sally Hathaway.

Chuck is survived by his beloved wife Francine, his dad, Lane Hathaway and step-mother Shirley Hathaway, his two sons, Greg and Josh, his three grandchildren, his brother Steve Hathaway, his sisters Kathy Hathaway and Patty Burlingame, and close friends Link and Kathy Finnson. He was also very close with Francine’s family and leaves behind three brothers-in-law and three sisters-in-law along with their spouses, his father-in-law, mother-in-law, and multiple nieces and nephews that he loved to spoil.

Chuck cherished spending time with his wife and extended family and he will be greatly missed.

To order memorial trees or send flowers to the family in memory of Charles "Chuck" Lee Hathaway, please visit our flower store.