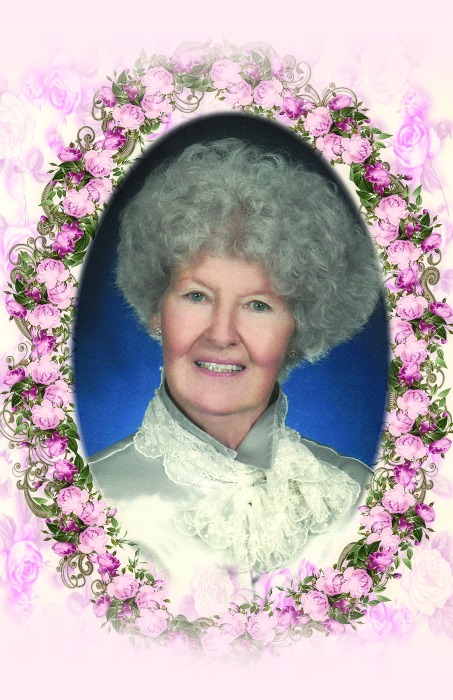 On October 27, 2017, Carol Van Mersbergen took the hand of her Beautiful Savior and went home.  What a joy to know that after a 10 year battle with Alzheimer’s she is now made whole and is singing with Jesus.  She was born on Christmas Day, 1935 to Gerrit, Sr. and Cora (Van Hofwegen) Ten Kley in Edgerton, Minnesota.  She is survived by her devoted husband of 62 years, Marv, son Mark (Ronda), grandchildren Todd (Jessie), Kerri (James) Helm and Krista (Chad) Maas.  The joy her great-grand children Melia, Case, Sawyer, Drake, Kenna and Holden brought to Nan’s life is undoubted, and will continue as she looks down from Heaven.  She is also survived by her brother Gerrit (Marie), sister in law Fran Ten Kley, numerous nieces and nephews and other relatives.  She was preceded in death by her parents, her sister Edith, and brothers Dick, Marvin, Adrian and Clarence.  A visitation will be held at Gillies Funeral Home Wednesday, November 1, 2017 from 4:00 PM – 6:00 PM.   A celebration of her life will be held on Thursday, November 2, 2017, 11:00 AM at Third Christian Reformed Church, 514 Liberty St., Lynden, WA 98264.  Private family Burial Monumenta Cemetery in Lynden. Memorials may be made to Cascade Christian Services or Lynden Christian Schools.

To order memorial trees or send flowers to the family in memory of Carol M. Van Mersbergen, please visit our flower store.