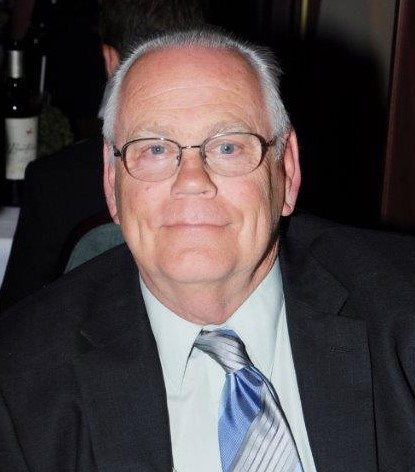 Carl “Bill” Read, age 74, of Coupeville passed away on Christmas Day. He was a beloved husband, father, grandfather, and “Santa” to many.  He was born October 25, 1944 in Bellingham, WA to Milton and Ruby Read. Bill grew up in Bellingham where he met his high school sweetheart Cheryl, and soon married in August of 1965. Bill loved music, cooking, travel, and most of all, his family. For 33 years he was a machinist/millwright at Intalco in Ferndale, WA. In his retirement years he found great joy in cooking and entertaining family and friends at his beach home in Coupeville, WA.  Bill was an active member of Trinity Lutheran Church, and enjoyed singing in the choir and cooking men’s breakfast. Bill loved growing out his gray beard and dressing up as Santa and visiting nursing homes, preschools, and the Safeway in Oak Harbor, bringing joy to children and encouraging food donations for the needy. It is only fitting that “Santa” passed away on Christmas Day. Bill was preceded in death by his parents, and Cheryl, his wife of 46 years, in 2012. He is survived by his children Michael and Lynn Read of Seattle, Robert and Christina Read of Lynden, and Ryan and Christine Wasserman of Bellingham. He has five grandchildren, Nevan Read, Natalia & Johanna Read, and Benjamin & Zoe Wasserman. Bill is also survived by his sister Betty (Jack) VanderHoek of Bow, WA. A celebration of life service will be held at Trinity Lutheran Church, 18341 Washington 525, Freeland, WA 98249 on Saturday, January 12th at 1:00 pm. Memorials may be made to honor Bill by supporting your local food bank or to the memorial fund at Trinity Lutheran Church, P.O. Box 97, Freeland, WA 98249.

To order memorial trees or send flowers to the family in memory of Carl "Bill" Read, please visit our flower store.
Send a Sympathy Card