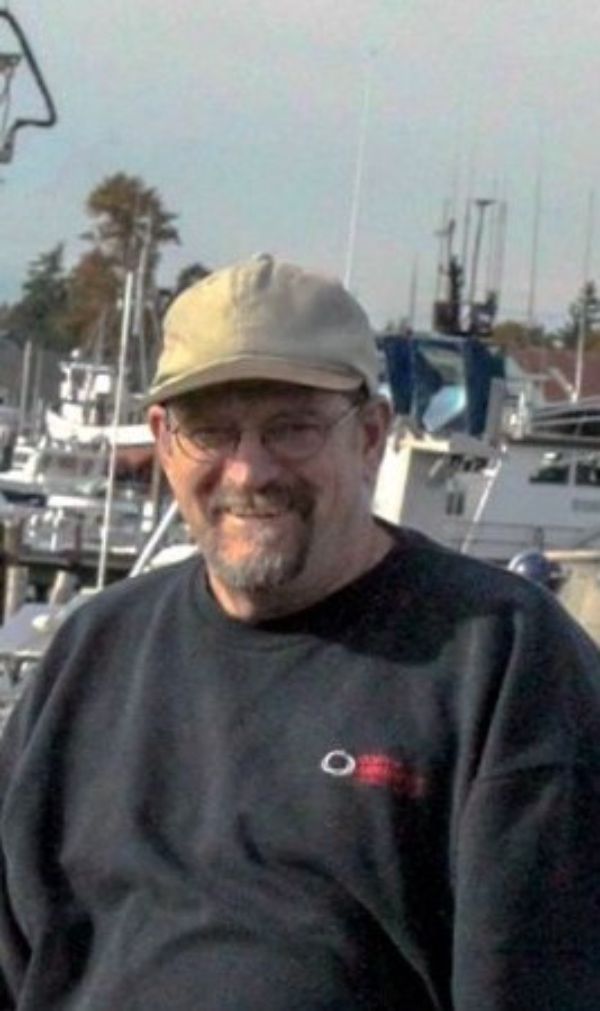 Bryan was born in Bellingham, WA on July 9th, 1960 to Dale and Norine Rehberger of Bellingham. He passed away peacefully at St Joseph Medical Center on December 25, 2021 at age 61.

He attended Bellingham High School where his huge heart, sense of humor and adventure helped him make life long friends. He graduated in 1978.

Bryan started work young with a paper route and went on to cook at the local yacht club. He then spent over 30 years at the same cemetery working to serve families with cremations and burials. He liked to say that you could throw a stone in any direction and it would land on a grave that he had dug. It was here he learned to be a very handy man. He learned irrigation and tree trimming, he learned to build walls and waterfalls, plant flowers and fix plumbing, restoration and just enough about electricity to be dangerous. This was a tremendous help when he need to take care of and renovate the house in Fairhaven.

Family was very important to Bryan. His first wife had Josh when they married and he became so loved by Bryan that he adopted him and retained custody after the divorce. Raising him alone until 2001 when he and Josh blended their twosome with Dawn, Emily and Andrew to make a family of five. Bryan and Dawn raised their three children in the Rehberger family home in the Fairhaven area of Bellingham.

He enjoyed skiing, going on traveling adventures with his pal Nick Valich and supporting Josh in both baseball and basketball. Bryan enjoyed music, teaching himself to play guitar, something he shared with his daughter Emily. Going to concerts with his friends and later, his sons was a favorite activity. He enjoyed Funny Car races and went as often as he could, often in the company of lifelong High School friends. He was also artistic. Bryan learned to paint from Bob Ross. It was an activity he shared with his Grandma Rehberger; his paintings hang in most of the families homes. As a child he could be found every sunny, summer weekend on his Grandpa Droulard’s boat, fishing with his sister and parents. He shared this with a young Josh as well and was very proud of the fact that his grandfather had built his own boat. Grandpa Droullard also taught him woodworking. Bryan was the chef in the family, cooking up family dinners and goodies from around the globe. He was counted on for his wonderful gravy at every holiday meal. He followed professional football, hockey, and baseball. He was excited to have a home team to root for in each sport this year.

In the week that Bryan was in the ICU, knowing that it was unlikely he was going to go home, he used his last bit of strength to tell his wife and children how much he loved them, giving the children advice about the practicalities of life and his wife advice about going on without him, trusting her into the care of son Andrew.

Bryan was diagnosed with Pulmonary Fibrosis in 2009. PF is always a terminal disease without a lung transplant. He spent the next twelve years surprising his friends and family with his Superman like strength as he was diagnosed with heart and kidney disease as well. He kept his spirits up and often said he was “living with” the diagnoses not “dying from” them. He lived his life accepting its challenges and limitations like he was living, not dying.

Bryan is preceded in death by his maternal grandparents Edward and Wilhelmina Droullard and Albert and Mildred Rehberger, his Uncle George Rehberger and also his brother-in-law Paul Elvig.

Bryan wished for no gathering to take place at the time of his death but instead a celebration of life to be held on his birthday in July of next year, details to be shared on his facebook page near the date.

In lieu of gifts, flowers and cards please make a donation in his name to Pulmonary Fibrosis Foundation.

To order memorial trees or send flowers to the family in memory of Bryan Dale Rehberger, please visit our flower store.
Send a Sympathy Card