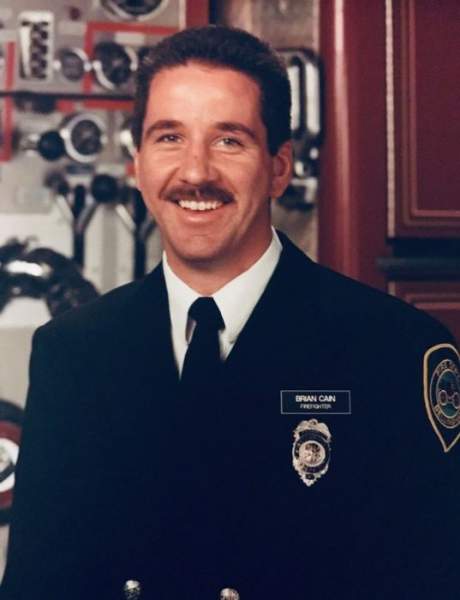 Brian Thomas Cain was born December 30, 1966 in Bellingham, WA to Francis and Kathleen Cain. Brian attended Maple Falls Elementary, Mt Baker Junior High and graduated from Mount Baker High School in 1985. While there he participated in many activities; football, basketball, track, with his favorite being a runner on the cross country team. Brian was also very proud to be the drum major in the Mountaineer Band. He had many friends in his small class of 1985 and he fondly talks about barn building being his favorite class. Brian met the love of his life, Stacy in 1986. They married in October 1989, and welcomed their son Chad in 1991 and daughter Olivia shortly after in 1994. Brian was a very proud family man and always made sure that his wife and children’s needs were met before his own. He was a man with biggest heart which he wore humbly and stoically on his sleeve. Brian and Stacy built their home in East Bellingham, on property that he loved, raising a small herd of homeless animals.  The Cain’s spent many family vacations camping, skiing, and traveling to Hawaii.

Brian worked for Hawley’s Warehouse before starting his 31 year career with the City of Bellingham. He spent the first 12 years with the Public Works Department and then followed his heart and tested with the Bellingham Fire department where he spent the last 19 years serving the community. Brian was a proud “truckee”, ladder truck driver/operator. He was part of the Rescue Tech team for a few years. He made so many lasting relationships with his brothers/sisters at the department, and undoubtedly probably gave them a bit of his honest up river opinion more than once. One of the highlights of his career was being able travel to Washington D.C. as a sponsor/mentor to a boy from the Burned Children’s Foundation. He was a proud servant to the community but he was also growing tired and was looking forward to his retirement and becoming a full time grandpa.   Brian also volunteered as a firefighter at Fire District 14, and Fire District 1. Brian was a member of St. Peter’s Catholic Church and spent many hours volunteering his time to the cemetery operations. He also spent many years helping out with the Deming Logging show.

In his free time, Brian enjoyed working around his home and tending to his animals, traveling, being active and outdoors, but most importantly being with his family and serving others. Memories of Brian are filled with his sense of humor, work ethic, and his love for others. Those who knew him personally can recall inside jokes, nicknames, and special moments shared with Brian.

A funeral mass will be offered by Father, Francisco Cancino and Father Gary Zender, Friday, July 10, 2020, 10:00 AM at St. Peter’s Catholic Cemetery, located at 9330 Heady Road, Sumas, WA 98295. Please bring your own Lawnchair for the service. In leiu of flowers family suggests memorial donations be made to either; Burned Childrens Recovery Foundation, 409 Wood Place, Everett, WA 98203 or The Deming Log Show, 3295 Cedarville Rd., Bellingham, WA 98226

On Monday June 29 Firefighter Brian Cain was tragically killed in a tractor accident on his property in Whatcom County. Brian spent 31 years working for the City of Bellingham. 12 years with the Public Works department and then the last 19 years with the Fire Department. Brian was most recently assigned as a ladder truck operator at Station 5 on Northwest Ave.

In addition to his work with the City of Bellingham, Brian had previously volunteered as a firefighter in Fire District 14 and Fire District 1. He is very well known and has been active throughout the East County.

Most importantly Brian was a husband to Stacy, a father to Chad and Olivia, and looking forward to becoming a grandfather in the very near future.

This sudden, tragic loss has struck the members of our department deeply. Our hearts are broken and we are struggling to find a way through this terrible time.

Know that while we will continue to be here to help you when you need it, we’re working through the grief of losing a member of our fire department family.

To order memorial trees or send flowers to the family in memory of Brian Thomas Cain, please visit our flower store.