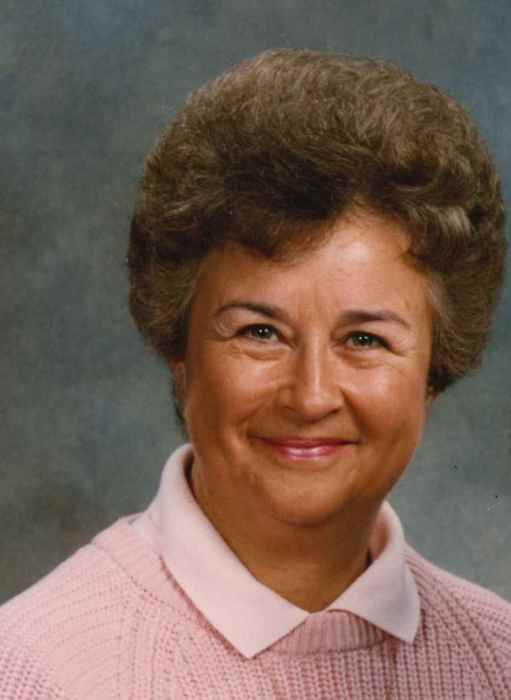 Beverly "Bev" J. Sund, age 84, of Ferndale passed away peacefully at her home Friday, July 8, 2016. Bev was born October 26, 1931 in Burlington, Washington to parents George Theodore and Fannie Jane (Archer, Brewster) Fredrickson.   She is survived by her husband, Leonard of 65 years, they were married October 4, 1950 at Zion Lutheran Church in Ferndale;  their two children, daughter, Lorelei Chambers (Frank) of Ferndale; son, Lenny Sund of Ferndale; 6 Grandchildren, Rafer, Derek and Brett Chambers, Kenny and Leigh Sund and Nick Laughlin. When she was 13 she moved to Blaine, went to Custer Junior High and then to Ferndale High School where she and Leonard both graduated in 1949.  Shortly after graduation, on a dare, Leonard asked her on a date and it must have worked out, the rest is a long, long history. After high school she worked for Doctor Richard Tucker, Ferndale Dentist, where because of his devotion to his occupation, much was expected.  She lived up to the task as she would continue to do throughout all her life.  In 1952 she left the dental office and went to Berg Shipyard in Blaine, what would then define the rest of her professional life.   There would be a short interruption in this career when in 1954 Leonard was drafted into the US Army.  For the next two years they lived in Virginia and then Camp Hanford, Washington, where their son was born.  After the Army they moved back to Ferndale where Leonard decided to start logging and she gave birth to their daughter and became a stay at home mom.  But a career mind was always at work and so she went back to Berg Shipyard in 1958.  There she ran the office and kept all things well tended to with absolutely “no loose ends”. She worked at Berg Shipyard until 1974 at which time she, with husband Leonard and partner Dick Nelson, began a new stage in life and started Dakota Creek Industries in Blaine and then on to Anacortes.   After five years of all working together to grow the new company she and Leonard decided to retire and move back to Ferndale and to the family farm where Leonard could collect tractors and she could keep an eye on all her family.  And we can all attest to that! During her 36 years of retirement she gave much of herself, by lending a strong hand in helping raise her family and really enjoying working with her daughter at Northstar Woodworks and passing on her signature "no loose ends".  We will all carry these values and memories of grandma, who we miss now but know she is at peace and at home with our Lord, patiently waiting for us.  A private graveside service was held at Enterprise Cemetery, Ferndale, Friday, July 15, 2016.  A memorial service will be held Monday, August 15, 2016,  2:00 P.M. at Zion Lutheran Church, 7215 Valley View Road, Ferndale, WA 98248, with Pastor Becky Langholz officiating.  Any memorials should be sent to Zion Lutheran Church or your favorite charity.

To order memorial trees or send flowers to the family in memory of Beverly "Bev" J. Sund, please visit our flower store.