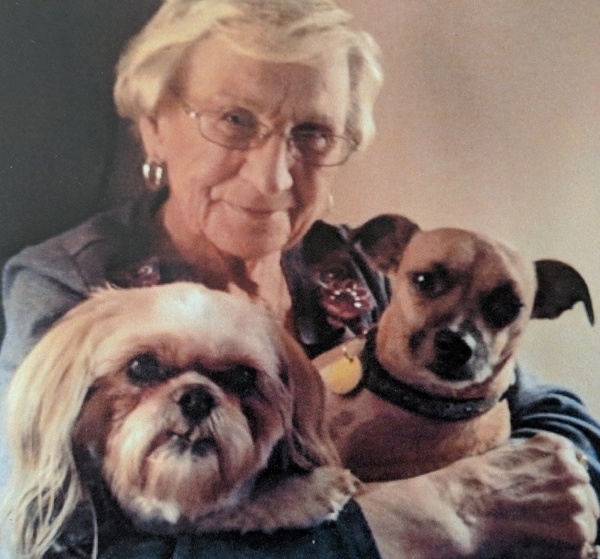 Betty Grace Nelson Schoon, age 85, was born March 11, 1933 in Mount Vernon, WA to Floyd and Grace Nelson. She passed away May 2, 2018 at home in Everson, WA. She is survived by her daughter Kathy Dempsey (Jerry) of Milwaukee, WI; son Bradley Jackson (Donna) of Bellingham, WA; 2 grandchildren, Jeff Dempsey (Stacey) and Marty Dempsey; 4 great –grandchildren; 2 brothers Edwin Nelson of La Conner, WA and Rodger Nelson of Burlington, WA. Betty was the daughter of a farmer and in 1946 the family moved to La Conner on a farm on the Whitney Rd. where she grew up and graduated from La Conner High School in 1952. She married Kenneth Jackson of Sedro Woolly and eventually settled there to start a family. In the early 60’s they moved to Marysville to a new home and more career opportunities. Ken and Betty separated and she and her children moved to Everett. Betty was determined to raise her kids on her own in a time when divorce was not very socially acceptable. She worked in a bakery and pharmacy to support her kids. Later she would meet Donald R. Schoon and they became good friends. Don was a career man in the Army and had to ship out to Vietnam, they would write to each other every day. A year later April 1967 when he came home Betty and Don married at the Chapel at Ft. Lewis, WA. They would live on base at Ft. Lewis until 1970 when Don got orders for another tour in Vietnam. Mom had a worrisome time while he was away because he was on the ground in the middle of the conflict. After Don returned from the war the family moved to Milwaukee, WI where Don was stationed for three years. Kathy stayed in Milwaukee and the family moved on to Ft. Bliss, TX where Don attended Sergeant Major Academy. Betty enjoyed the time they spent there as Juarez, Mexico is across the border where she loved to visit the markets. The next move in 1973 was to Anchorage, AK. Betty and Don, Brad and Sweet Pea drove the Alcan Hwy. way early January in -52 degrees. They lived on base at Ft. Richardson. She and Don for many years would spend time in Hawaii to take a break from the long dark cold Alaska winters. Betty managed a fabric store in anchorage for several years until she and Don retired in 1994. They soon found a home they loved in Everson and were able to visit her family a short drive away. Betty loved to hunt for antiques, knit, sew and paint.  She was always working on a crossword puzzle. Mom loved life and people and always wanted the best for everyone.  After 43 years of marriage Don passed away February 21, 2011. Betty was home and on her own until this February. It was her wish to be at home until her passing. The family wants to thank all her care givers who were so kind and thoughtful. We also what to thank Whatcom Hospice for the wonderful services they provided. Betty is preceded in death by her husband Donald R Schoon, her parents Floyd and Grace Nelson. A graveside service will be held Thursday, May 10, 2018, 11:00 AM at Pleasant Ridge Cemetery, 17666 Valentine Road, Mount Vernon, WA 98273. Memorials may be made to Lighthouse Mission Ministries, 910 W. Holly St., Bellingham, WA 98225 or the American Heart Association, 4414 Woodland Park Ave. N, Seattle, WA 98103.

To order memorial trees or send flowers to the family in memory of Betty Grace Nelson Schoon, please visit our flower store.