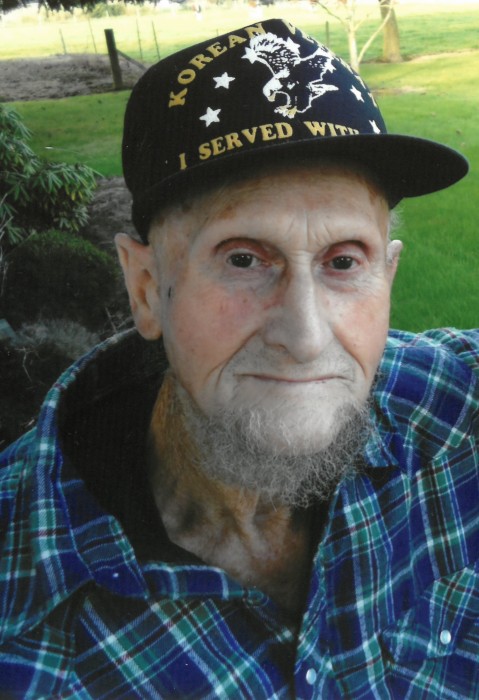 Bernard "Barney" George Holtrop, age 88, of Custer, passed away Sunday, December 9, 2018 at his home surrounded by family. Barney was born on August 27, 1930 in Bellingham, Washington to Garret and Mary (Fassett) Holtrop. He moved to Sunrise Road in Custer, WA when he was only 5 years old and thereafter only moved between three houses that were next-door to each other. Barney served in the U.S. Army for two years, and met his wife, Nancy, when he was stationed in Lompoc, California. They were married on October 30, 1954 in Lompoc, CA before they moved to Custer, Washington, where they lived with his parents for a few years before moving into their own home next door. While in the army, Barney served as a Medic and helped transport pregnant women. Barney worked at Alaska Packers for 18 years, where he worked in every department. While at Alaska Packers, Barney worked mainly as a forklift operator. Some of the other things he did in his time at Alaska Packers included working in the Warehouse, the Carpenter Shop, and painting boats. He also spent much of his life farming and raising his own beef. He was very proud of his garden and the tall corn he grew each year. One of his favorite things to do was play dice and card games with his wife Nancy every morning. Barney also enjoyed going to the antique tractor show with his grandson Chris every year for as long as Chris can remember. He is survived by his sons, Larry and Gary Holtrop; his daughter, Anne and husband Steven James; and his grandchildren Christopher Engler, whom they raised, and Kimberly, Holli, and Shaina James. Although his best friend Marvin Simonsen passed away 13 years ago, he is survived by Marvin’s wife, Alice Simonson. Marvin and Alice were like family to Barney and Nancy for over 60 years. He was preceded in death by his wife of 63 years, Nancy (Allen) Holtrop, and his daughter Mindy. Barney was a kind-hearted man with many friends. There wasn’t a single place he would go where someone wouldn’t stop to say hello to him. For his weekly routine on Friday’s with his grandson Chris, he drove into Lynden to Dutch Mothers where they would get his coffee ready as soon as they saw him. Afterwards, they went to Food Pavilion. He loved spending time with family and telling stories about his life. He served as a fatherly figure to all the kids in the neighborhood, especially Greg and Kelly Dooley, and Sandi Rozelle. Barney was always happy to help anyone in need. In lieu of flowers, the family asks for donations to be made to Whatcom Hospice. Services will be announced at a later date.

To order memorial trees or send flowers to the family in memory of Bernard "Barney" George Holtrop, please visit our flower store.
Send a Sympathy Card