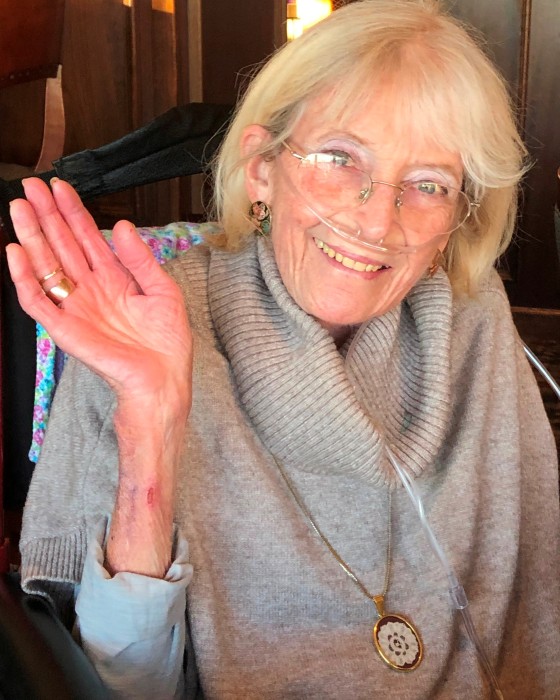 Barbara Jo (Barbie Jo) Sweet age 68 of Birch Bay, Washington, passed away peacefully on February 23, 2019, with husband and family at her side. Barb was born March 27, 1950, in Richmond, Indiana, to Morris Rife and Marjorie (Hill) Rife. Barb and Carl Sweet were married on October 17, 1977, at Rosario Beach, near Anacortes, Washington.

Barb was a graduate of Polytechnic High School in Riverside, California. She continued her education in the field of dentistry and became a dental technician. Barb then went on to a position with General Telephone (now Verizon). From there she went into banking and on to be the bookkeeper for North Island Boat in Anacortes, Washington, at Skyline Marina. After that she went to work for her chiropractor, Dr. Milton Steele in Coupeville, Washington. Barb concluded her career back at General Telephone as an assignment technician.

Barb was an accomplished musician. At the young age of 12 she was teaching cello and playing in regional youth orchestras, such as the Southern California Youth Symphony. She later qualified for a scholarship at Cal State Fullerton. Barb also had a beautiful singing voice. She sang in many church choirs and frequently soloed. Barb also performed as the lead singer in a contemporary band that toured military bases as well as other venues in her local area at the time.

Barb’s arts and crafts abilities included knitting, especially for premature babies, sewing, and needlepoint. Barb loved gardening and also made beautiful flower arrangements that were used at weddings and other celebrations, and for staging homes for real estate brokers. She did whatever she could to make the world a more beautiful place. Barb also excelled at baking, a skill that she carried late into her life.

Barb and her husband enjoyed traveling when she was able throughout the United States including Hawaii, and into Canada and Mexico. She especially enjoyed walking the beaches of Padre Island in Texas.

Barb particularly loved caring for and raising Giant Malamute puppies for 30 years. When Barb and Carl no longer felt they could handle dogs that size they settled on American Eskimos. She loved them all like family.

Barb is survived by her loving husband Carl Sweet of Birch Bay, Washington, brother Douglas Rife of San Jose, California, godson Christopher Rice of Mt. Vernon, Washington, many cousins in the Midwest and East, and her husband’s extended family in the Chicago area, Wisconsin, Long Island and Texas.. Barb also leaves behind her beloved dog, Snooker.

A memorial service will be held at 11:00 a.m. on Saturday, March 30, 2019, at Custer United Methodist Church, 2996 Main Street, Custer, Washington 98240. The family asks that in lieu of flowers, donations be made to your favorite charity or to the National Multiple Sclerosis Society.

To order memorial trees or send flowers to the family in memory of Barbara Jo (Barbie Jo) Sweet, please visit our flower store.