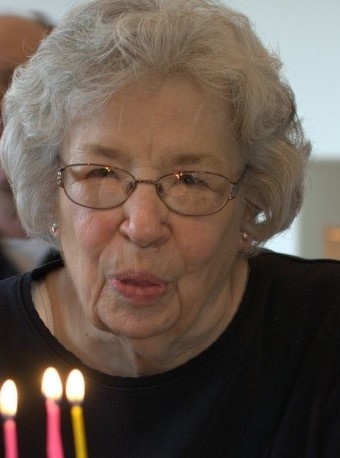 Barbara was born on January 3, 1930 to parents Elsie Marie (Wilkie) and Dale Richardson, in Upland, CA. and grew up in San Bernardino, CA.

She was an Accountant of Merit who truly enjoyed working.

She worked for; Bumstead-Woolford  in Woodinville, WA (CFO), San Juan Airlines, San Juan Island, WA  (CFO), Anvil Corporation, Bellingham, WA  (Controller) and The Lectronic Shoppe, Everson, WA. Barbara represented our State in the Washington Pavilion at Expo ‘86 in Vancouver, BC. She also owned and operated Bartel’s Resort on Orcas Island.  After retirement she continued to take on small accounts until she was in her 80’s.  Her hobbies included travel, bowling, crosswords, reading, and cooking.  Barbara was a member of Portal Way Church of Christ in Ferndale.  Her life was one interesting adventure after another.

In lieu of flowers, please make donations in her honor to:  Whatcom Hospice House,  2800 Douglas Ave.  Bellingham, WA. 98225.
She will be greatly missed by us all.

To order memorial trees or send flowers to the family in memory of Barbara Ann Fortner, please visit our flower store.