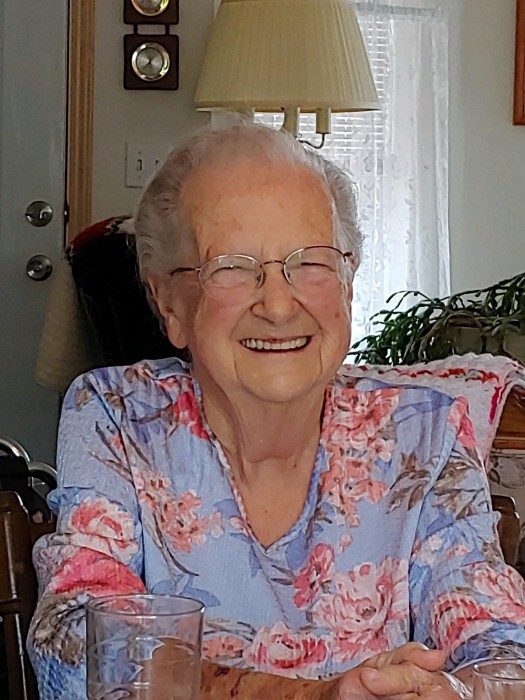 Born on June 16, 1927 in Pasadena, CA to Thomas and Elsie (Lapp) McGwin, she lived most of her life in Washington State, graduating from Bellingham High School in 1945, having spent all of her high school years during the time of WWII.

On January 1, 1946, she married Clinton Harrison Park, Jr.  Their last home was in Grand Coulee, WA which overlooked Lake Roosevelt.  We enjoyed many 4th of July and New Year firework displays from their deck.  After her husband’s death, she returned to Bellingham, where she continued to live until her graceful passing on Sept. 1, 2020.

She will be remembered by many for her generosity with her creative ability.  Besides crocheting for her four children, she continued her tradition with seven grandchildren, 14 great grandchildren and three great, great grandchildren.  Not content just to give to family, she donated baby hats to the hospital nursery and lap robes to convalescent centers.

She is reunited with her parents, husband Clinton, grandson Christopher Park, brother Harold McGwin and other close family in her new heavenly home!

A service will be held in Grand Coulee at a later date.

To order memorial trees or send flowers to the family in memory of Audrey Josephine McGwin Park, please visit our flower store.