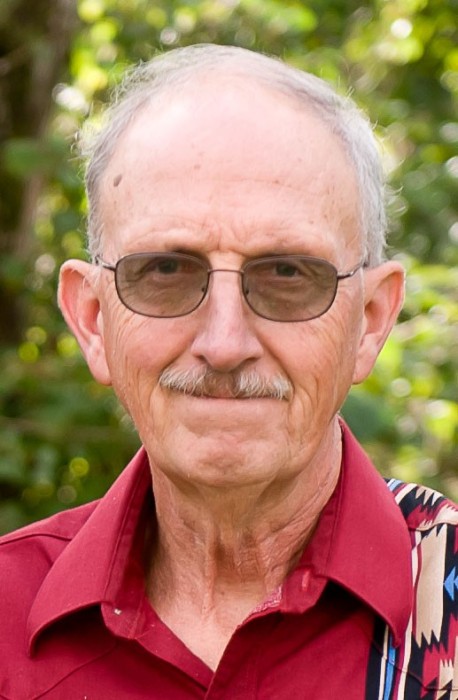 Arlin Kenneth Caldwell, age 74, died peacefully at his home in Lynden, surrounded by his family, Sunday, January 3, 2021. He was born October 23, 1946, to Oscar Kenneth and Agnes Louise (Kircher) Caldwell in Cleveland, Ohio. His boyhood years were spent in Fostoria, Ohio and he graduated from Fostoria High School in 1964; where his father was the principal. His higher education included attending classes at Ohio State, Findlay College, and Western Washington University. Arlin also served in the US Navy as a Hospital Corpsman (Petty Officer 2nd Class), from 1968 – 1972; stationed at MCRD Parris Island, South Carolina and Naval Air Station Pensacola, Florida.

Arlin migrated west after the Navy working various jobs and settling in Bellingham, WA. He began a lifelong career as a general contractor and established Caldwell Construction and Remodeling. He built and remodeled many homes and apartments over a 30 year career with the help of his favorite store, Hardware Sales; as attested to by a working wardrobe of its various t-shirts and hats. While working a remodeling job in Seattle, Arlin met his wife, Marianne, and thus began 39 years of enduring love. They started a family in 1982.

During his lifetime Arlin shared his father’s love of gardening, fishing and singing. He always grew big gardens, planted lots of fruit trees and had a knack for orchids. In retirement, he started a berry business growing strawberries and raspberries and selling them from a self-serve roadside stand. His love of fishing dates back to fond memories of time spent with his dad at Burt Lake in Upper Michigan. In later years, he especially enjoyed saltwater fishing and crabbing in the Puget Sound with his children and his friend Bob. Arlin loved music, whether it was singing as a member of a barbershop quartet in high school and later in church choirs or listening to his favorite musicians ranging from Andrea Bocelli to the Beatles and the Eagles. He was an avid reader and especially enjoyed the works of J. R. R. Tolkien, Dick Francis, Louis L’Amour, and the Harry Potter series.  Arlin will be remembered for his love of all creatures great and small, from childhood pets including boa constrictors and raccoons to Sophie our Great Dane who was his companion in retirement. Friends and family will miss Arlin’s tender heart and the many stories of his endearing eccentricities.

After a lengthy battle with multiple system atrophy, Arlin went home to be with his Lord and Savior, Jesus Christ. He was preceded in death by his parents and daughter, Janeé. He is survived by his wife Marianne, his brother Kenneth Lowell Caldwell, his children Dustin and Rebecca, their spouses Trish and Ryan, his unofficially adopted son Michael and his granddaughter Alissa. Private family services will be held at a later date.

To order memorial trees or send flowers to the family in memory of Arlin Kenneth Caldwell, please visit our flower store.