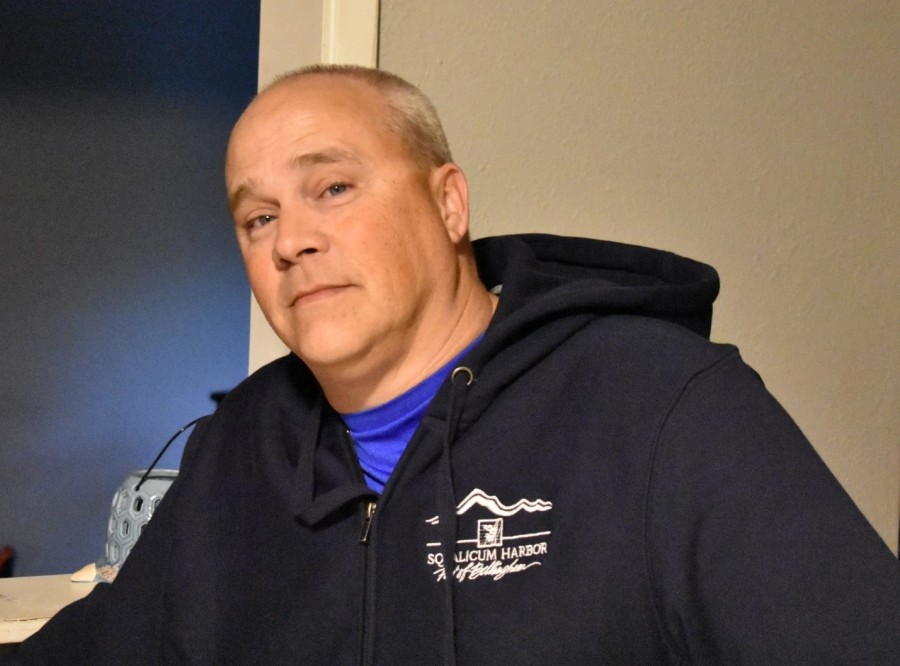 Tony Flaherty passed away at home on Friday, December 20, 2019, surrounded by his devoted wife, children, and family. Tony was born in Sedro Woolley on December 30, 1969, where he grew up playing with his brother Troy. While attending Sehome High School, Tony played various instruments in the band, his favorite being the drums, and was part of the Police Explorers with the Bellingham Police Department until he graduated in 1989. Tony began his career at the Port of Bellingham in 1996 as a Wharfinger. Over the next twenty- five years, he received numerous promotions, and eventually became Harbor Operations Specialist in early 2019. Not only did Tony excel at serving marine customers, he also held many positions with the International Longshore and Warehouse Union, at times serving as chapter President, always working for fair conditions and compensation for his co-workers.

Though Tony was a proud and dedicated employee and colleague, his most cherished role was as a husband to Vicki and father to their four children, Cody, Kyler, Kegan, and Brielle. His happiest moments were spent with them BBQing, attending sporting events and Van Halen and Sammy Hagar concerts. He also loved watching his daughter Brielle ride and compete with Interscholastic Equestrian Association.

In lieu of flowers, donations can be made to support Brielle Flaherty’s future endeavors, education, and enrichment opportunities in person at North Coast Credit Union, or online https://www.gofundme.com/f/in-support-of-brielle-flaherty?utm_source=customer&utm_medium=email&utm_campaign=p_cp+share-sheet.

To order memorial trees or send flowers to the family in memory of Anthony Robert Flaherty, please visit our flower store.