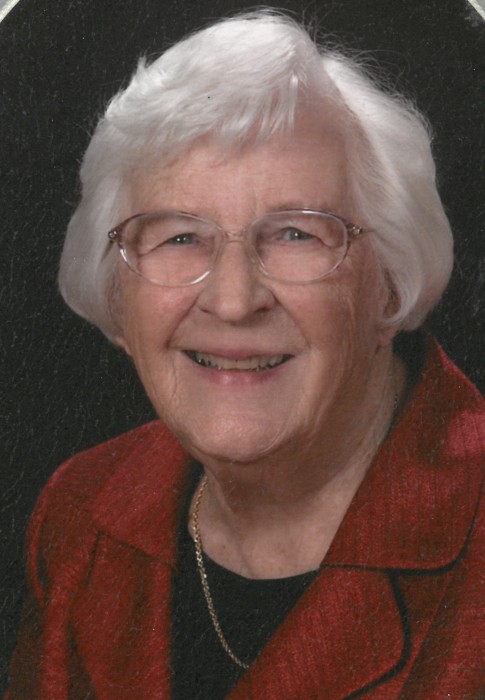 Among the many amazing attributes that Anna possessed, overarching them all is a woman of valor. "Charm is deceitful and beauty is vain, but a woman who fears Adonai will be praised.  Give her the fruit of her hands.  Let her deeds be her praise at the gates." Proverbs 31:30-31. We recently read the entire passage found in Proverbs 31: 10-31. Just what exactly does a woman who exudes the description in that passage look like? Who could even come close to being that amazing.  When her husband of 60 years died, the local newspaper chose to write an article on Jay Elenbaas.  They interviewed Anna for it.  The article ended with "Jay was one that wouldn't want to have people talking about him, saying all these really neat things about him. He didn't talk about himself." That was Anna as well.  Short of stature, always welcoming, a doer.  As a newlywed, she considered a house and bought it with her hard earned, frugally saved earnings.  Growing up in the home she managed, none of us kids nor, I'm pretty sure, anyone else ever heard either her or Jay say a cross word to each other.  Always the example of what love should look like.  Always the encourager, always thinking of what's best for the other person.  Looking back, we weren't even aware of the influence she was having on us, as it was so subtle, so unassuming, so ..consistent.  It was Christ living through her.  Like many homes, us kids were...kids.  Often selfish, unaware of how our sinful actions would affect our parents.  I'm not aware of a single time that Anna ever held a grudge or didn't forgive our thoughtless actions, not just as kids, but throughout our lives.  Welcoming, loving, hospitable, knowing you were 'home', whenever you were around her.

Our homes are filled with her deeds.  At 77 seeing her standing on the top of the highest ladder with one foot braced against the wall and reaching out to paint the outside of our house. She was tenacious and fearless! Daring to be adventurous, seeking out new and unusual campsites, instilling in her children that it's ok to be different, giving them a strong ethical and moral foundation, raising them in such a way, without the modern how to books, that we knew how to stand up for our beliefs.

Such is the generation whose God is Adonai.

Besides her parents, she was preceded by her husband of 60 years, sister Helene Blankers, brother Gordon Dyksterhuis as well as granddaughters Kimberly Elenbaas and Sadie Grace Ellis and grandson Timothy Elenbaas. Mrs. Elenbaas is survived by a sister Harriet Wagter, by her sons Dennis and wife Darlene, Glen and wife Harlene, Richard and wife Melissa, and daughter Eileen and husband Arlen DeYoung; 14 grandchildren and 26 great-grandchildren and numerous other relatives.

To order memorial trees or send flowers to the family in memory of Anna Henrietta Elenbaas, please visit our flower store.
Send a Sympathy Card