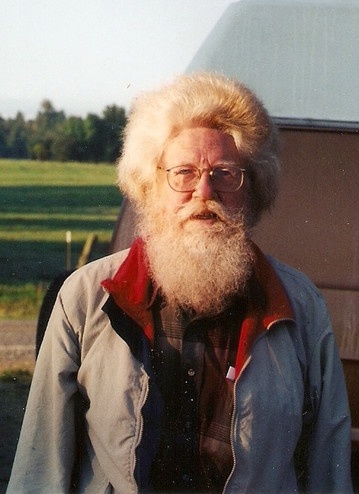 Alfred Theodore Braithwaite was born 3/18/1938. He was the oldest of five siblings. Alfred graduated from Ferndale HS in 1956, attended Seattle Pacific University from 1956-1960 and then later took linguistic courses at the U of Washington.
In 1963, he married Patricia McLachlan. Alfred, Pat and their four children lived and worked in Skeena Crossing in northern British Columbia for seven years. Alfred made a written record for the Tsimshian language, translating a good portion of the New Testament into Tsimshian, while operating a store and post office for the town.
In 1970, they moved to Bellingham, Washington where the four children attended Bellingham Christian Schools. He worked briefly for Ferndale Grain Company.
Alfred’s interests and hobbies included Bible chronology, Greek and Hebrew language studies, linguistics, computer science in which he did course work at Western Washington State University in Bellingham, WA, where he eventually taught undergraduate courses in computer science.
Al's brother Wilfred Braithwaite passed away in 2011. He retired to Hilo, Hawaii, passing away peacefully in his sleep on Sunday morning July 23, 2017. Alfred is survived by three of his siblings: Vivian Karlson of Ferndale, WA, Edwin Braithwaite of Cedarville, OH and Gilbert Braithwaite of Winston-Salem, NC. He is survived also by their four children – Dori, Debbie, David, and Daniel, and five grandchildren.

To order memorial trees or send flowers to the family in memory of Alfred Theodore Braithwaite, please visit our flower store.